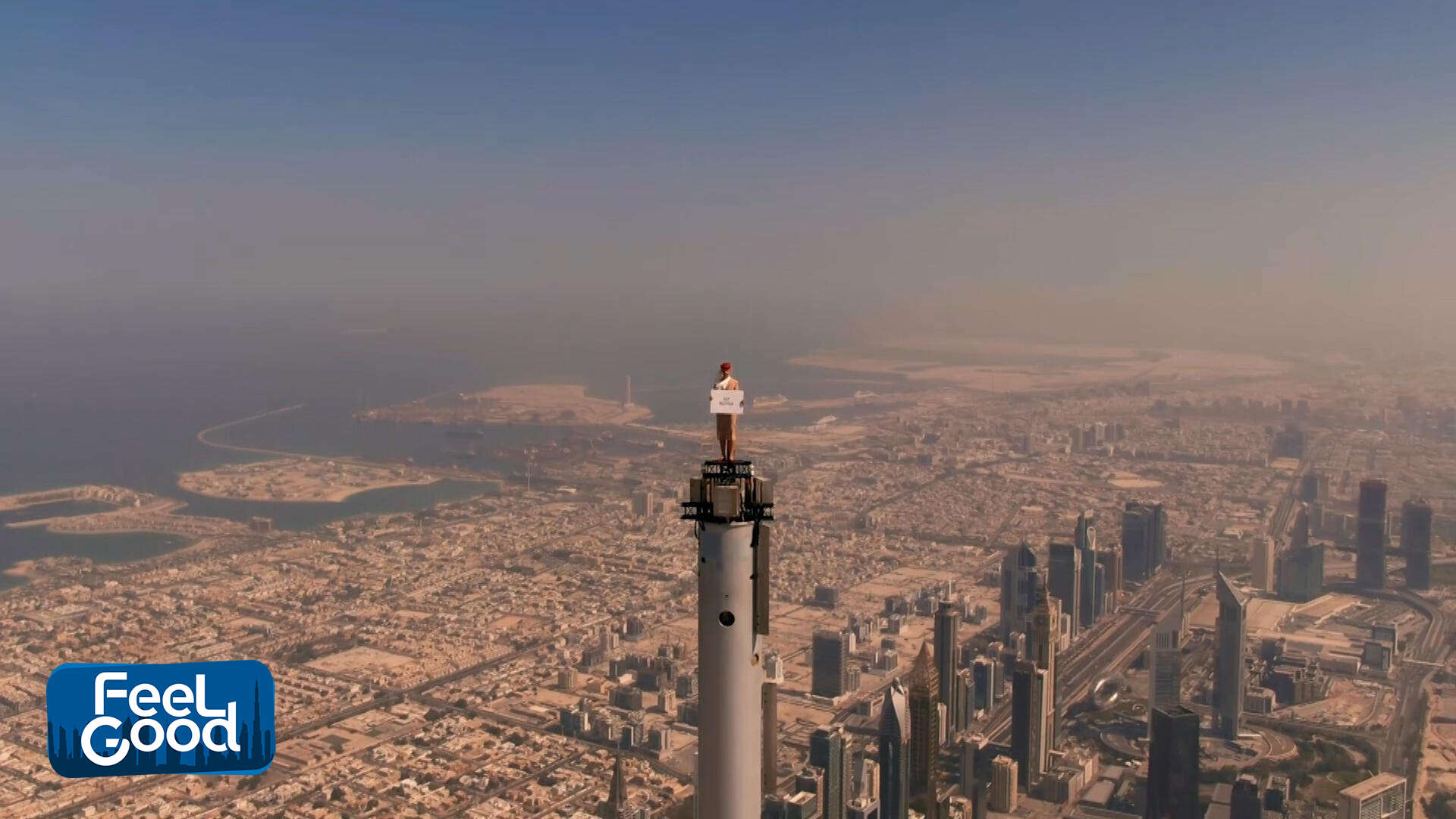 The UAE being moved to the UK's amber list was a long time coming – so long that it called for a celebration by Emirates unlike any other. The airline posted a video on its social media channels that features a cabin crew member in uniform holding up signs about feeling "on top of the world" by the announcement, and it's only when the camera slowly pans out that her location is revealed: on the very top of the Burj Khalifa spire.

The first question that everyone – and we mean everyone – asked in response was, "Is this real?" And the simple answer is yes. In fact, Emirates quelled everyone's doubts by releasing a behind-the-scenes video that shows exactly how this jaw-dropping stunt was pulled off. Turns out the cabin crew member is actually skydiver and stuntwoman Nicole Smith-Ludvik, and rigorous planning, training, and safety protocols took place behind the scenes to make it happen.