Man tries to feed birds; a sea lion pops up 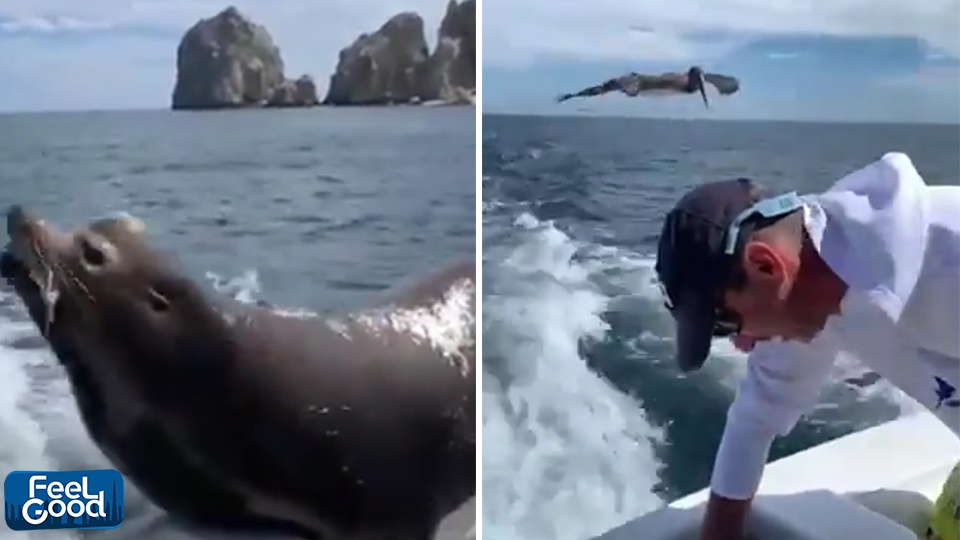 A video of a sea lion making a rare appearance and surprising a man is garnering a lot of attention on social media.

Through the caption, the user urged viewers to watch it till the end, and yes it was worth it. The video features a man trying to feed some birds from a boat. But instead of birds, a majestic sea lion shows up and even clambers up on the boat. As of the time of this writing the video already has over 10 million views on and close to 10,000 comments.

🐟 An absolutely outstanding performance. Worth watching to the end. pic.twitter.com/784GSCJUvh