Samosa tries to go to space, lands in France instead 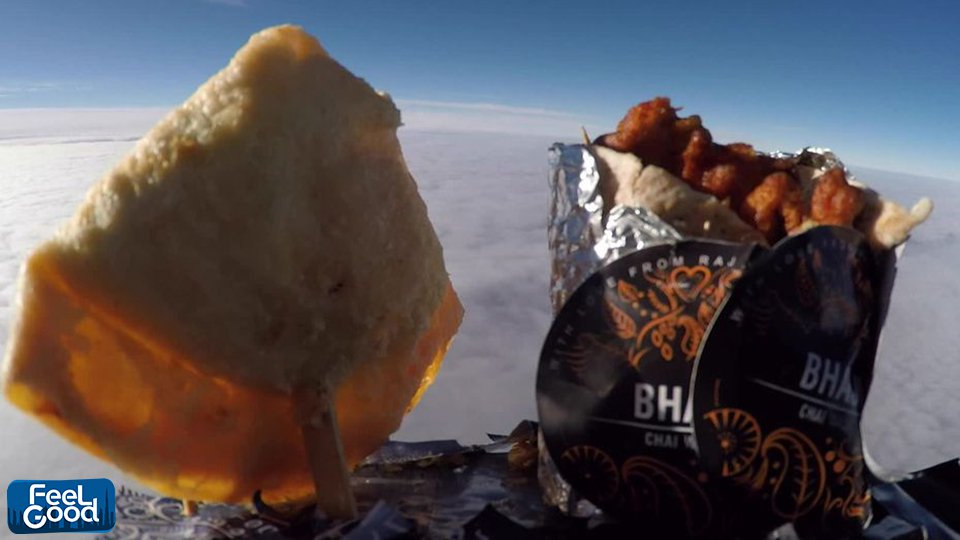 Need a good laugh? With everything that’s been happening recently – one of that is definitely a must. That’s what a restaurant owner figured when he decided to send a samosa into ‘space’.

Niraj Gadher, the owner of an eatery in the UK said he came up with the idea as a way of spreading joy during these unprecedented times. Using a weather balloon, a GoPro, and a GPS tracker, him and his team then set off to launch the first fried treat into the depth of space.

But shortly after the launch, the GPS began to malfunction. Gadher initially thought that his project was a total bust. It was not until a day later that they began to pick up its signal again. However, instead of being in space, the samosa landed in France.

A Frenchman later located the site of the crash and found the samosa and its balloon hanging from a tree in a field.

Footage retrieved from the GoPro show that the snack was passed by an airplane.