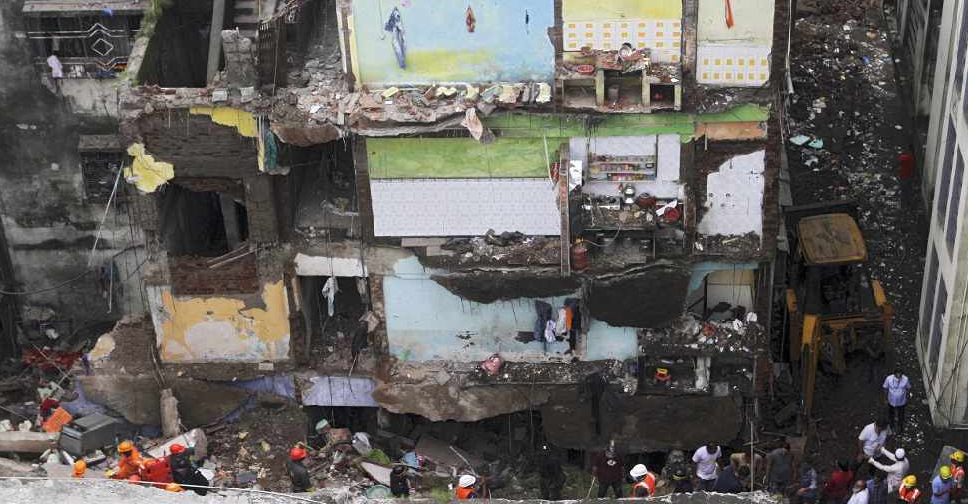 At least 10 people were killed on Monday and dozens were feared trapped when a portion of a three-storey residential building collapsed on the outskirts of the Indian city of Mumbai.

Some residents were trying to get out of the building, in the industrial town of Bhiwandi, 40 km northeast of Mumbai, after cracks appeared in it in the middle of the night, when it crashed down.

"Half of the building collapsed and nearly 25 to 26 families are feared trapped," Pankaj Ashiya, the municipal commissioner of Bhiwandi, told reporters.

It was not clear why the building, which had 54 apartments on three floors, collapsed.

At least 11 injured people were rescued.

Teams of police, city workers and members of the National Disaster Response Force removed debris in the cramped lanes of the neighbourhood, trying to reach people calling out for help under the rubble, a Reuters witness said.

"We heard a noise and I noticed that there were cracks on the floor," resident Sharif Ansari, 35, told Reuters.

"I woke up my neighbours and my wife and we rushed everyone down."

Ansari said he went back up to alert more people and was on the first floor with some other residents when the building it came down.

"We jumped from there and managed to escape but there are at least another 60 people trapped," he said.

Torrential rain is often blamed for building collapses in India, with the number of incidents, often involving old or illegally built buildings, rising during the June-September monsoon.

Last month, more than a dozen people were killed when a building collapsed in the industrial town of Mahad, 165 km south of Mumbai.