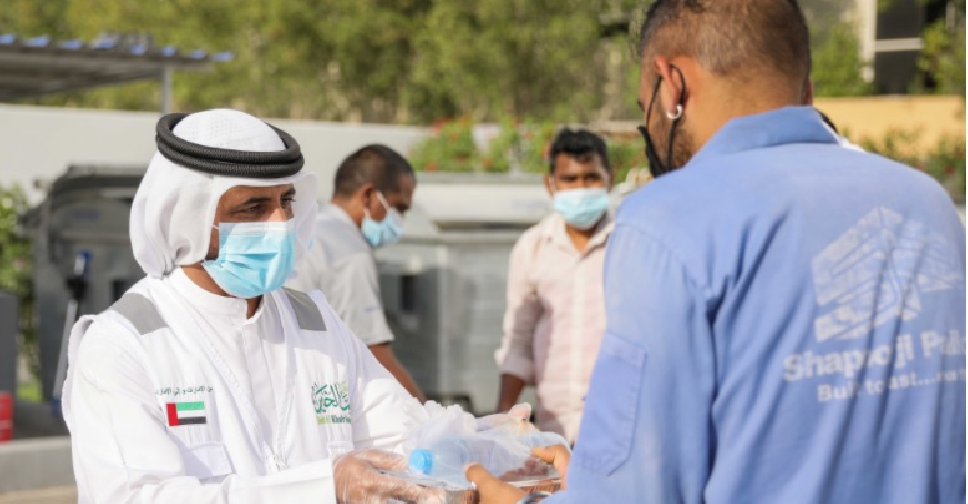 The Beit Al Khair Society says three million people have benefitted from its overall spending in the first half of 2020.

Abdeen Taher Al Awadhi, the Society's Director-General, told national news agency WAM that in the second quarter of the year, aid has been provided by the society to address the effects of COVID-19.

Just over AED100 million was spent from March to June to support the government’s efforts to counter the crisis.

This is part of the initiative of Her Highness Sheikha Hind bint Maktoum bin Juma Al Maktoum, Chairperson of the Board of Trustees of the UAE Food Bank and the wife of His Highness Sheikh Mohammed bin Rashid Al Maktoum, Vice President and Prime Minister of the UAE and Ruler of Dubai, to provide  10 million meals.

The Director-General explained that the Society has reached a milestone in terms of the number of meals provided to support people in 80 workers' complexes in Dubai, Ajman, Fujairah, Umm Al Qaiwain and Sharjah worth AED20.6 million.

That's in addition to the food provided before and after the Holy Month of Ramadan worth over AED3 million.

Al Awadhi added that the organisation had spent AED31.2 million in the first half of 2020 on the Aman Programme, which provides monthly cash and meals to the vulnerable, including orphans and people of determination.

A further AED4.8 million was spent on supporting resident patients, including AED1 million collected by the Zayed Al Khair Programme to help 20 patients, and AED252,731 to pay the debts of the underprivileged.