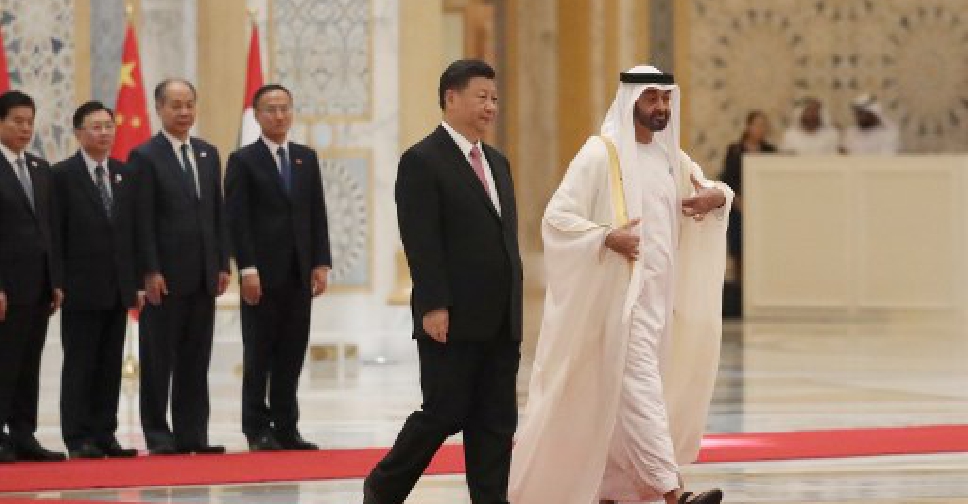 His Highness Sheikh Mohamed bin Zayed Al Nahyan, Crown Prince of Abu Dhabi and Deputy Supreme Commander of the UAE Armed Forces, will embark on a state visit to China next week.

According to the national news agency WAM, Sheikh Mohamed will meet with Chinese President Xi Jinping during his trip.

The two leaders will review the comprehensive strategic cooperation between the UAE and China across various sectors.

His Highness Sheikh Mohamed bin Zayed will be accompanied by a high-ranking delegation comprising a number of Sheikhs, ministers, and senior officials.

Last year Chinese President Xi Jinping visited the UAE, where he held talks with the country's leaders at the Presidential Palace in Abu Dhabi.

The high-level discussions with His Highness Sheikh Mohammed bin Rashid Al Maktoum, Vice-President and Prime Minister of the UAE and Ruler of Dubai, and His Highness Sheikh Mohamed bin Zayed Al Nahyan, Crown Prince of Abu Dhabi and Deputy Supreme Commander of the UAE Armed Forces, focused on strengthening strategic bilateral ties as well as regional and international issues of mutual interest.

The visit was the first by a Chinese head of state to the UAE in 29 years.