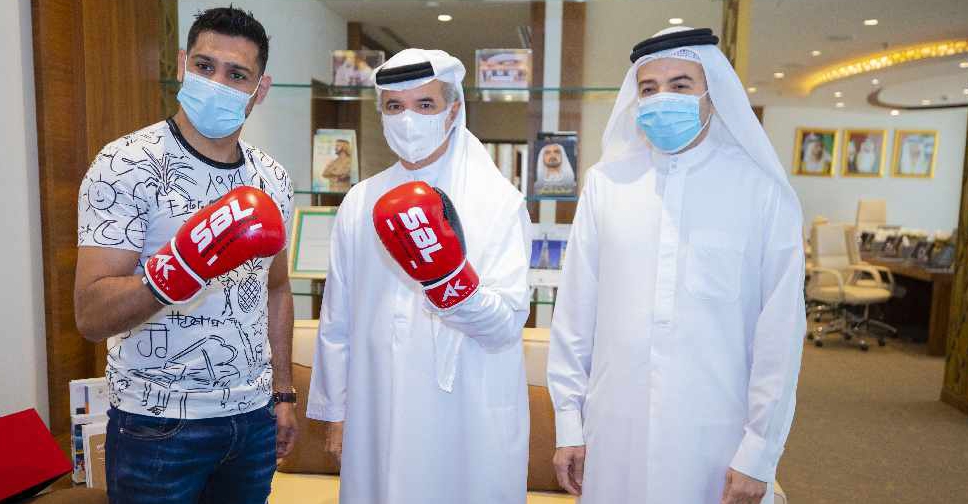 Two-time world champion Amir Khan is set to follow in the footsteps of some of the sporting world’s biggest names who call Dubai their home.

Khan is keen to complete the move to Dubai with his wife Faryal, daughters Lamaisah and Alayna and four-month son Mohammed in the next couple of months.

"I will always call Dubai my second home," he said. "I love the place. I think the people in Dubai are amazing. I have made some great friends here. It is amazing how you are treated here. I have a lot of love and a lot of respect, and yeah, I just love it here."

"So, for sure it is nice to come here more often and have it as my second home."

"It’s great to be here and to see the vision that Dubai has for boxing in the future," said Khan, adding that he has plans to open a boxing academy in the emirate.

"I think having an academy here is definitely going to make a big difference for the people, for the youth, and also get them into boxing and also, maybe, one day we can have boxing events here.

That's not all. Khan is also hoping he can break that anomaly by staging his swansong here. And he would love to fight Pacquiao in that dream farewell bout.

"There’s always been talk about having big fights in Dubai, but it has never happened," he said. "Maybe in the future, it could happen. We did the last fight in Saudi Arabia, which was a massive hit and obviously since then, you have seen how boxing has gone to Saudi Arabia more often. So let’s do that for Dubai."