WIN TICKETS TO SEE THE PHANTOM OF THE OPERA 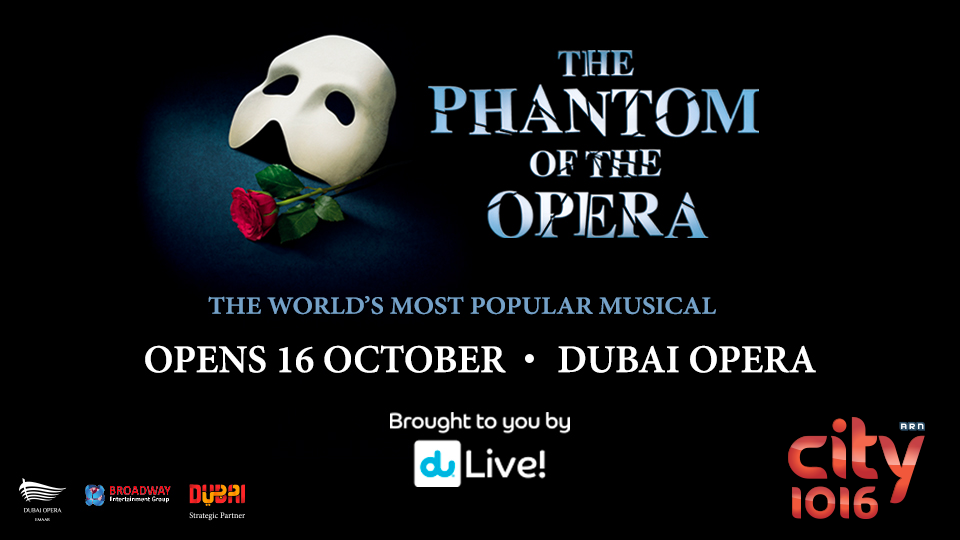 THE PHANTOM OF THE OPERA tells the tale of a disfigured musical genius known only as ‘The Phantom’ who haunts the depths of the Paris Opera House. Mesmerised by the talents and beauty of a young soprano – Christine, the Phantom lures her as his protégé and falls fiercely in love with her. Unaware of Christine’s love for Raoul, the Phantom’s obsession sets the scene for a dramatic turn of events where jealousy, madness and passions collide.

Andrew Lloyd Webber’s most famous musical is also one  of the most successful in entertainment history, playing to over 145 million people in 150 cities across 30 countries. It is the longest-running show on Broadway, having celebrated its 30th anniversary in 2018, and has won more than 70 major theatre awards, including seven Tony Awards and four Olivier Awards, including one for Best Musical. This is  a musical masterpiece not to be missed.

And now, it’s coming to the Dubai Opera from the 16th of October.

Buy tickets now or enter below for your chance to win!