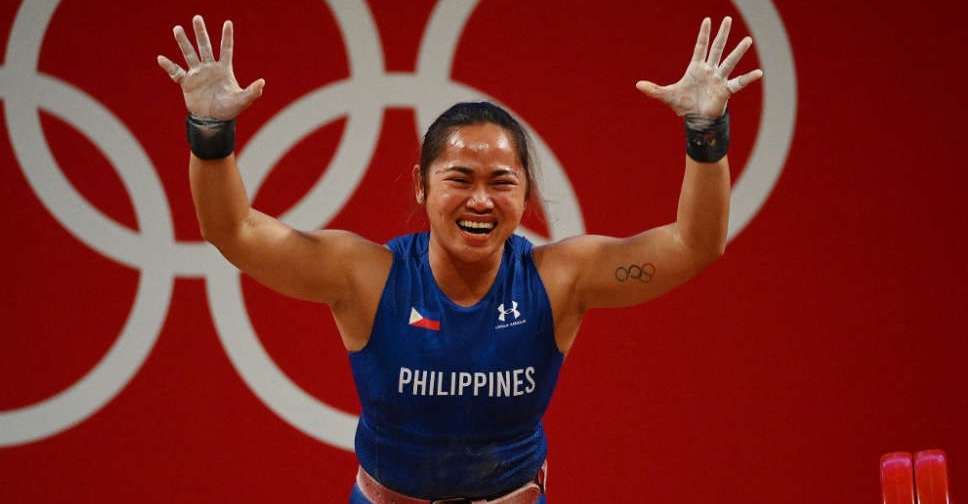 In her fourth Olympics, the 30-year-old lifted a combined weight of 224 kg, an Olympic record.

After completing her final lift in a very close competition, Diaz held her hands to her face and burst into tears before embracing her coaches and clutching at the medallion around her neck.

On the podium, a still-tearful Diaz stood to attention saluting as she belted out her country's national anthem at the top of her voice.

China's Liao Qiuyun, who failed to match her own world record, took silver with 223 kg, while Kazakhstan's Zulfiya Chinshanlo won bronze with 213 kg.

Chinshanlo was a gold medallist at the 2012 London Games but in 2016 she was stripped of a medal after failing doping tests in a re-analysis of samples.