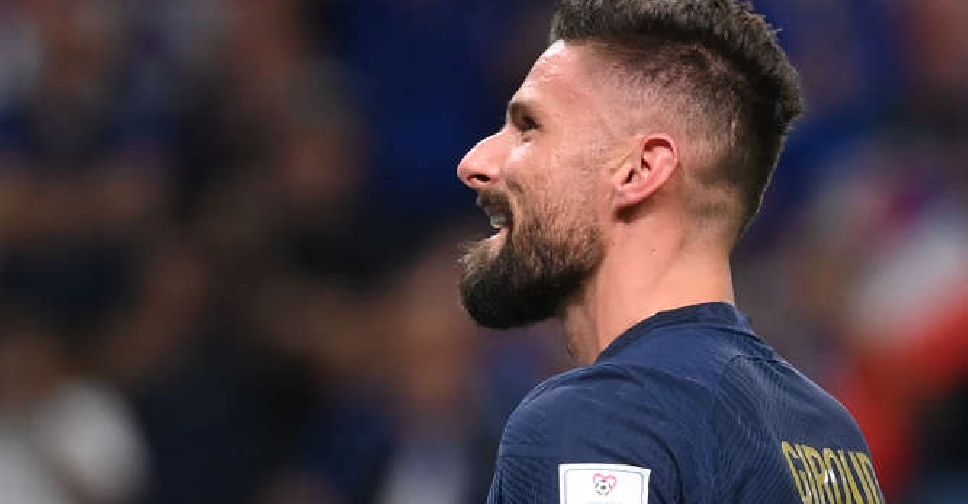 Giroud netted before and after the break to take his tally to 51 goals, matching Thierry Henry's mark. He scored either side of a Kylian Mbappe goal after Adrien Rabiot had levelled for France following Craig Goodwin's shock early opener.

Les Bleus are the first defending champions to win their opening match since Brazil in 2006, which has already put them in a good position to advance from the group phase, something Italy in 2010, Spain in 2014 and Germany in 2018 failed to do.

France, whose defender Lucas Hernandez was ruled out of the World Cup after picking up a serious knee injury in the first half, have three points and lead Tunisia and Denmark by two after they played out a 0-0 draw on Tuesday.

Didier Deschamps's side, who started the tournament on the back of the disappointment of striker Karim Benzema being ruled out injured last Saturday, next face Denmark on Saturday.

"We got a scare but reacted quickly afterwards. Even if we could have scored more goals, we found each other, we were efficient," said 36-year-old Giroud, who is now France's oldest scorer in the World Cup.

"It's very good for our self-confidence to have turned things around. We'll have to learn from these little mistakes however."

Australia coach Graham Arnold said his team ran out of gas against a superior side.

"Look, at the end of the day, they're are a quality side. They are world champions for a reason," he added.

"I thought the first half, we did well. Second half, we ran out of legs a bit, but that’s the type of level of those players play at."