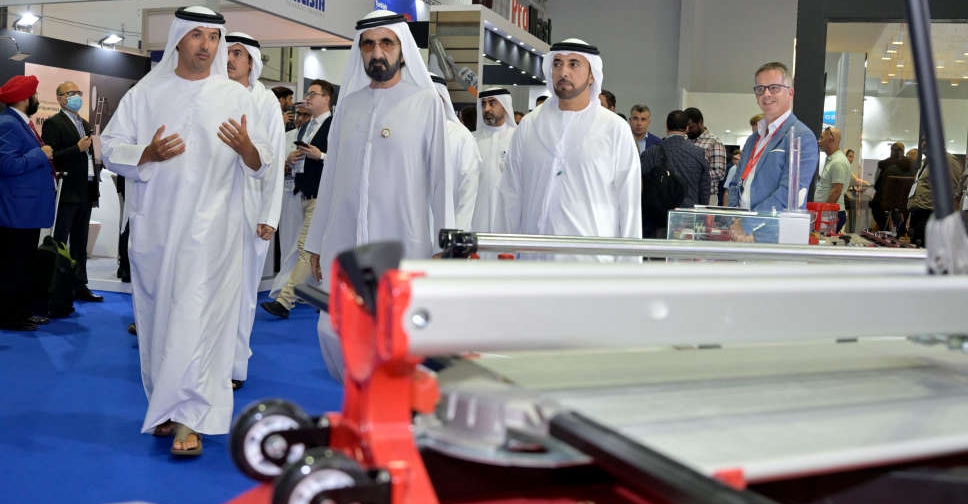 His Highness Sheikh Mohammed bin Rashid Al Maktoum, Vice President and Prime Minister of the UAE and Ruler of Dubai toured the 43rd edition of the Big 5 on Tuesday.

The largest and most influential construction event in the Middle East, Africa and South Asia, runs until December 8 at the Dubai World Trade Centre.

Sheikh Mohammed said technological advances are disrupting several sectors, including construction, adding that the sector had introduced various elements of the fourth industrial revolution, including AI and its applications in projects.

He highlighted how Dubai’s conducive business and investment ecosystem, the city’s keenness to improve cooperation with its global partners, and its ability to explore new avenues further support the growth of the global economy through the various exhibitions it hosts.

.@HHShkMohd tours the 43rd edition of the Big 5, the largest construction event in the Middle East, Africa & South Asia, at @DWTCOfficial. More than 2,000 participants from 60 countries are participating in the event, which includes 20 national pavilions.https://t.co/qdEpxJJ1xb pic.twitter.com/60WP4AgULy

Accompanying Sheikh Mohammed during the tour of the Big 5 exhibition were Khalifa Saeed Sulaiman, Chairman of Protocols for the Vice President and Prime Minister of the UAE, and Helal Saeed Al Marri, Director General of Dubai’s Department of Economy and Tourism.

More than 2,000 participants from 60 countries are participating in the Big 5, which includes 20 national pavilions.

Running alongside the Big 5 this week is the inaugural Everything Architecture, an exclusive event for the architecture and design community in the Middle East.