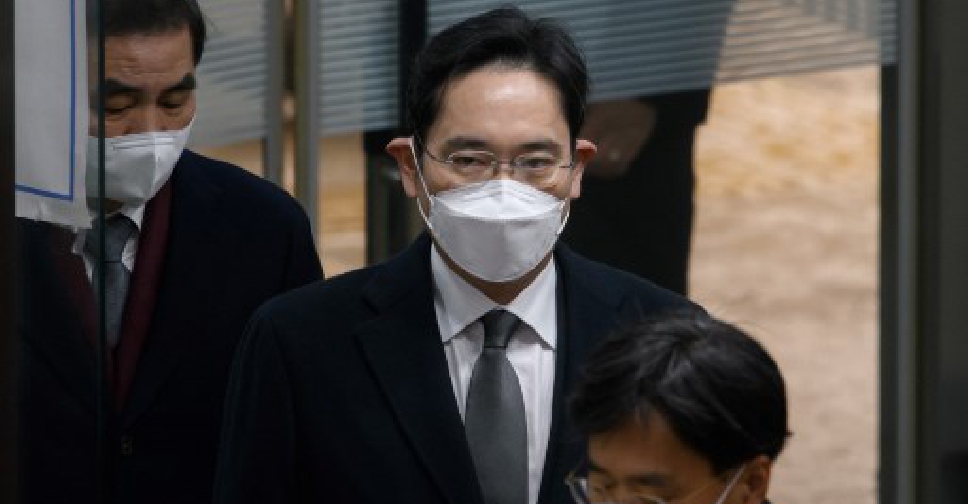 After a judge handed down a 30-month sentence for bribery and other charges, Samsung Electronics vice chairman Lee Jae-yong is expected to return to the same prison where he had spent a year in 2017-2018.

The imprisonment of the leader of a global tech giant comes with the added challenge of ensuring safety after an outbreak of more than 1,000 coronavirus infections at another detention centre.

Jae-yong, 52, is likely to be transported to Seoul Detention Center on the outskirts of the capital. Once he arrives, he will be checked for a coronavirus infection with a rapid antigen test, a Seoul Detention Centre official told Reuters - a process that doesn't require a lab and can be done in 30 minutes.

The solitary room is expected to be 5 square metres (54 sq feet), the most common size, with a toilet in the corner behind a partition, a washstand and a mattress on the floor. Jae-yong will receive another coronavirus test after the three-week isolation is over, the official said.

The Seoul Detention Center, which has about 700 employees and 2,400 inmates, has only seen one employee and four inmate infected since the coronavirus pandemic hit South Korea last year, the official said.

However, the country's Ministry of Justice has been criticised for mismanaging COVID-19 infections among inmates, as 1,257 coronavirus cases have been connected to prisons nationwide as of Monday, according to Central Disease Control Headquarters.

The ministry has recently released 900 inmates on parole to free up space in the prisons.

Jae-yong was held in Seoul Detention Center when he was convicted of bribing an associate of former President Park Geun-hye and sentenced to five years in 2017. He was freed in 2018 after the sentence was reduced and suspended on appeal.

South Korea had reported 389 new coronavirus cases as of Sunday, bringing the country's tally to 72,729 infections, with 1,264 deaths.