US envoy Kerry gets COVID as climate talks head into overtime 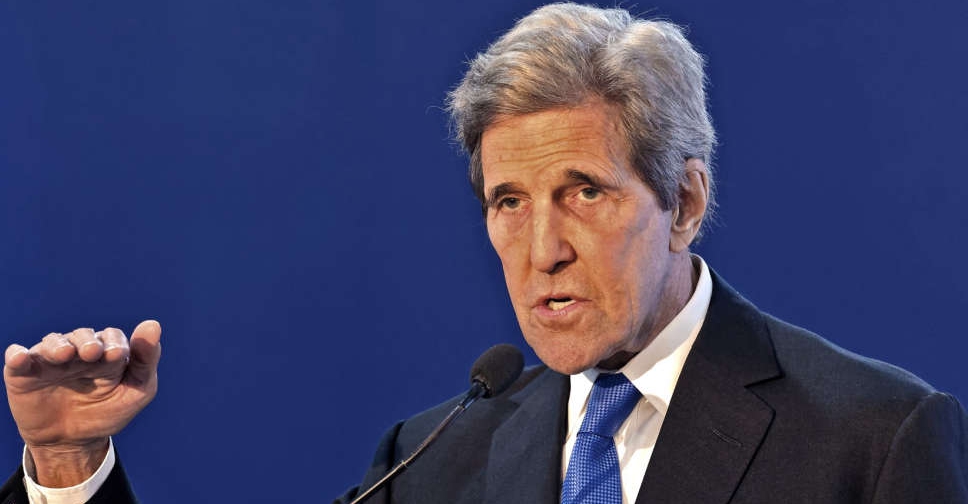 US Special Climate Envoy John Kerry tested positive for COVID-19 in the final hours of the COP27 climate talks in Egypt, the State Department said on Friday, as tough negotiations for a final deal headed into overtime.

Kerry had been conducting bilateral meetings, including recently with his Chinese counterpart Xie Zhenhua, and was expected to use his trademark shuttle diplomacy to help bridge wide differences in the last hours of the summit.

"He is fully vaccinated and boosted and experiencing mild symptoms," State Department spokesperson Whitney Smith said in an email. "He is working with his negotiations team and foreign counterparts by phone to ensure a successful outcome of COP27."

Kerry had held a three-hour closed-door meeting with Xie on Thursday evening after public appearances and discussions with other counterparts earlier in the day, including from the European Union, Canada, and the United Arab Emirates.

During a speaking event at the conference on Thursday, Kerry opened his remarks by saying: "As you can tell from my profoundly low voice today, I have a cold. But I tested, so I'm OK."

During past UN climate summits, the final days of negotiations have been marked by a flurry of in-person meetings between high-level officials before a deal is agreed upon.

Efforts to reach the Chinese delegation at the summit were not immediately successful.

The United States and China, the world's two largest greenhouse gas emitters, resumed cooperation on climate change earlier this week after a months-long hiatus caused by tensions over Taiwan.

"I remain committed to bring this conference to a close tomorrow in an orderly manner, with the adoption of a series of consensus decisions that will be comprehensive, ambitious, and balanced," COP27 President Sameh Shoukry told reporters.

The two-week conference at the Red Sea resort of Sharm el-Sheikh has tested international resolve to combat warming that has contributed to ever-worse storms, floods, droughts and wildfires.

But the text showed little in the way of new action like funding or guarantees that countries will act faster to slash emissions.

Global temperatures are already near the 1.5C threshold and are projected to zoom past it unless greenhouse gas emissions are cut dramatically.

In a potential breakthrough, the European Union said late on Thursday it would back the demand of the G77 group of 134 developing countries to set up a fund to help them cope with "loss and damage" already wrought by climate change.

Rich countries have for years resisted the idea for fear it could lead to limitless liability.

In the EU proposal, China - a crucial member of the developing nations bloc - would help fund the aid instead of benefit from it. However, delegates were still waiting to learn how the United States and China would respond.

The climate minister for the Maldives, which faces inundation from rising seas, welcomed the proposal.

"As the lowest-lying country in the world, we are heartened by the goodwill in this room," Shauna Aminath said.

Later on Friday, a draft proposal presented by the United Kingdom was under discussion, according to multiple sources.

But it was seen as a step backwards.

"According to this proposal, we wouldn't see the fund actually operationalised until COP29 in two years' time," said Mohamed Adow of Kenya-based thinktank Powershift Africa.

"That does nothing for the victims of loss and damage who are already suffering."

Deals at COP27 must be made with support from all of the nearly 200 countries present.

Some countries, including the EU and Britain, have pushed for the overall deal in Egypt to lock in country commitments for more ambitious climate action.

"It's important that we get a strong cover text," he told Reuters. "The responsibility very much will lie now with the Egyptian presidency in trying to get something that we can rally behind."