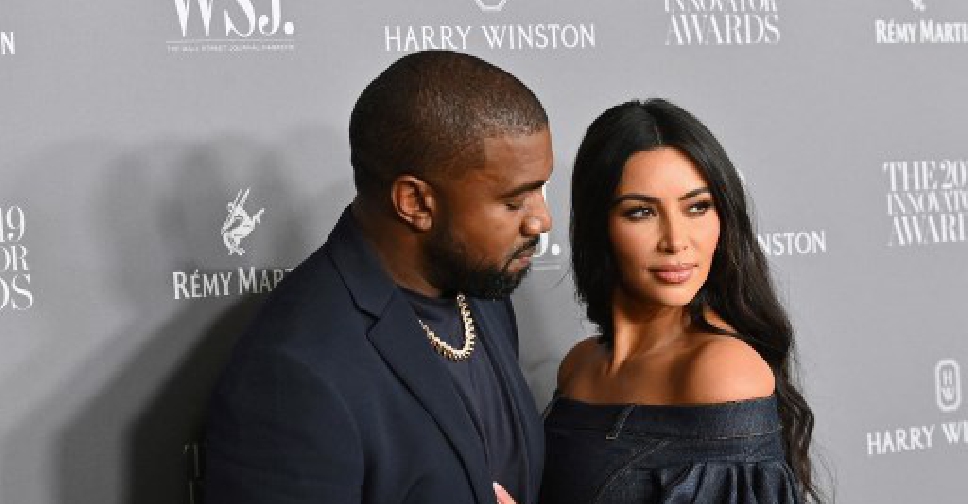 Reality star and businesswoman Kim Kardashian on Friday filed for divorce from rapper Kanye West after almost seven years of marriage and months of rumours that their relationship had broken down.

Representatives for Los Angeles Superior Court and for Kardashian, 40, said she had filed the divorce papers.

Celebrity website TMZ cited unidentified sources as saying the split was amicable and that Kardashian had asked for joint custody of the couple's four children. The grounds for the divorce were not immediately known.

Representatives for West did not immediately return a request for comment, but a source close to the "Jesus Walks" rapper told People magazine that he was "resigned to reality."

"He knew it was coming, but that doesn't make it any easier," the source was quoted as telling People. "This is a somber day for him.".

The filing follows months of leaks and reports that the marriage between the two celebrities was on the rocks.

Kardashian, who made her name in the reality TV series "Keeping Up with the Kardashians," married West, 43, in May 2014, making them one of the most talked about celebrity couples in Hollywood and popularly known as "Kimye."

The couple's already unconventional relationship became strained last year when West, who suffers from bipolar disorder, ran an unsuccessful campaign marked by erratic statements to be elected US president under his self-styled Birthday Party.

Kardashian in July released a statement urging compassion for West's mental heath struggles after he swiftly deleted a tweet in which he said he had been trying to divorce her for months.

Both Kardashian and West are reported to be billionaires. West made his money through his music as well as his Yeezy fashion and sneaker line.

Kardashian, who is training to be a social justice lawyer, made her money through her TV series, as a social media influencer and by developing a lucrative line of cosmetics and foundation garments.

TMZ reported that the couple had a prenuptial agreement and that discussions on a property settlement were well advanced.

The wedding was the first for West and the third for Kardashian after she had brief marriages with basketball player Kris Humphries and music producer Damon Thomas.

The divorce papers were filed a month before the March 18 premiere of the final season of "Keeping Up with the Kardashians," which is expected to chronicle the recent rift in the couple's relationship.

Streaming service Hulu said in December that it had signed a deal with Kim, Khloe and Kourtney Kardashian, their mother Kris Jenner and half sisters Kylie and Kendall Jenner, in which they will create new content for a venture that is expected to debut late this year.