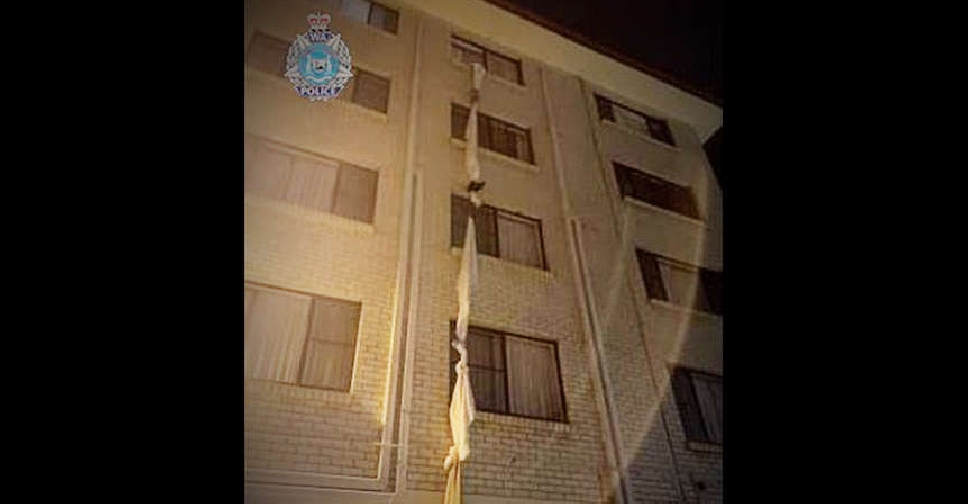 A man in the Australian city of Perth escaped mandatory hotel quarantine by scaling down four floors by crafting a rope out of bedsheets.

After arriving in the West Coast city on an interstate flight from Brisbane, the man had his application for entry refused under the state's tough border entry rules intended to stop the virus entering from elsewhere in the country.

The man was told to leave the state within 48 hours and taken to a hotel for temporary quarantine, but just before 1:00 a.m. on Tuesday (17:00 GMT on Monday) "he climbed out a window of the fourth floor room using a rope made of bed sheets and fled the area", Western Australia Police said in a Facebook post.

They also posted photos the makeshift rope hanging from a window on the brick building's top floor down to the street.

Police arrested the man across town about 8 hours later, and charged him with failing to comply with a direction and providing "false/misleading information". They did not disclose the man's identity except to say that he was aged 39 and tested negative to the virus, nor did they give a reason for his alleged actions.

Australia has recorded far fewer coronavirus cases and deaths than many other developed countries partly because it closed national and internal borders and imposed mandatory hotel quarantine for anyone arriving from abroad or - during outbreaks - another state.

The policy has however brought with it a series of escapes, including a woman accused this month of climbing down two balconies and kicking in a door to evade quarantine in north-east regional hub of Cairns.