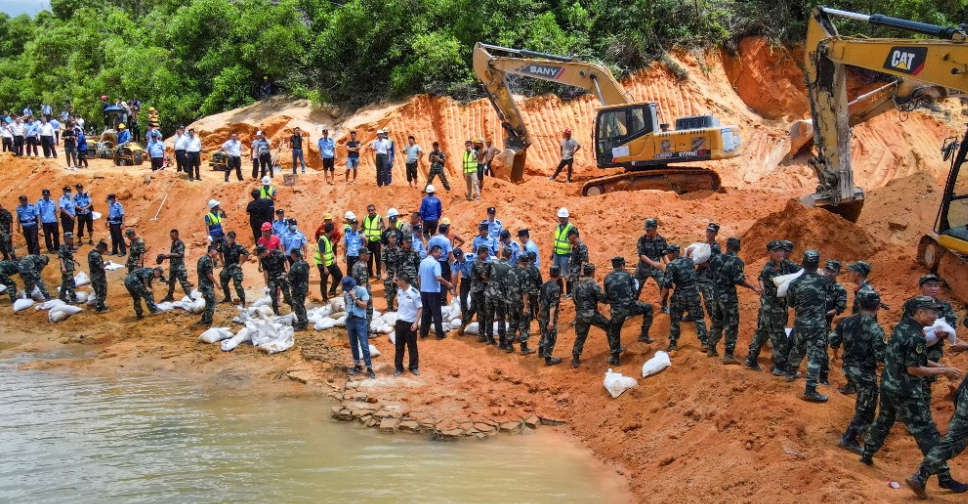 Over a dozen workers were trapped in a flooded highway tunnel in the southern Chinese city of Zhuhai for a second day as rescuers made slow but steady progress in trying to reach them.

Early on Thursday, water suddenly leaked into the tunnel, which is being built under a reservoir, trapping 14 workers more than a kilometre from the entrance.

The leak has been sealed, but rescuers have not been able to contact the workers.

As of noon on Friday, rescuers were 395.3 metres into the Shijingshan tunnel, state media cited Zhuhai's vice mayor Zhang Yisheng as saying at a news conference.

Rescuers were still 764.4m from where the workers were trapped, Zhang said.

Rescue teams were pumping out water from the tunnel, and the reservoir is being drained, according to state media.

The accident was the second in the tunnel since March, when a collapsed wall killed two workers.

The tunnel is part of a major expressway in Zhuhai in Guangdong province, linking the coastal city to a bridge to neighbouring Macau and Hong Kong.