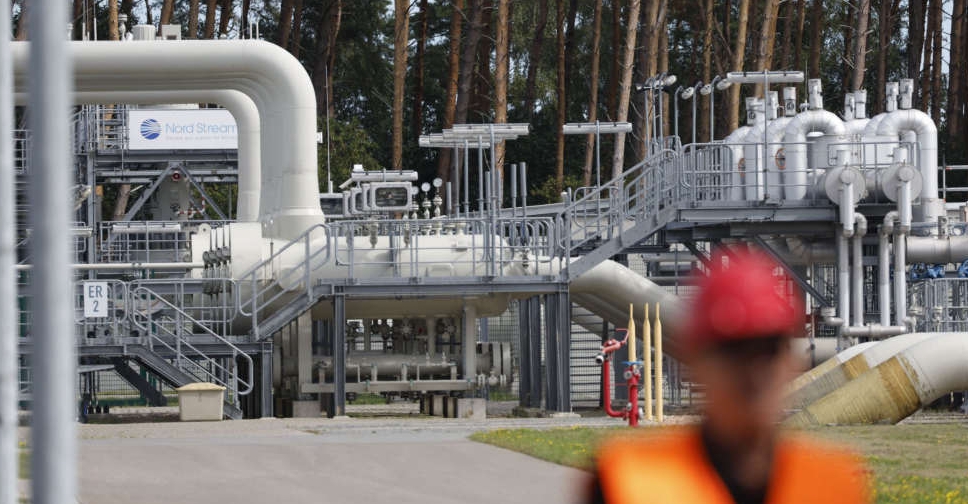 The European Union has promised a "robust" response to any intentional disruption of its energy infrastructure after saying it suspected sabotage was behind gas leaks discovered this week on subsea Russian pipelines to Europe.

As gas spewed out under the Baltic Sea for a third day after first being detected, it remained far from clear who might be responsible for any sabotage of the Nord Stream pipelines that Russia and European partners spent billions of dollars building.

Russia, which slashed gas deliveries to Europe after the West imposed sanctions over Moscow's invasion of Ukraine, has also said sabotage was a possibility.

"Any deliberate disruption of European energy infrastructure is utterly unacceptable and will be met with a robust and united response," the EU foreign policy chief Josep Borrell said.

Echoing the views of Germany, Denmark and Sweden, he said sabotage was likely, although the EU has not named a potential perpetrator or suggested a motive. Washington, which has led efforts to punish Moscow over the war, believes it's too soon to conclude there was sabotage, a senior US military official said.

"The jury is still out," the official told repoters. "Many of our partners, I think, have determined or believe it is sabotage. I'm just -- I'm not at the point where I can tell you one way or the other." Asked whether any US involvement in the ruptures could be ruled out, the US military official said: "We were absolutely not involved."

The UN Security Council will convene on Friday at the request of Russia to discuss damage to the pipelines, the French UN mission, which holds the presidency of the 15-member council for September, said.

Russia's embassy in Washington said Moscow had asked for the meeting as it "insists on the need for a comprehensive and objective examination of the circumstances of the unprecedented attacks on Russian pipelines".

The embassy, in an early Thursday statement on its Telegram channel, also accused the United States of attempts to "squeeze out" Russia from the energy market through "non-market methods and sanctions."

The Nord Stream pipelines have been flashpoints in an escalating energy war between capitals in Europe and Moscow that has damaged major Western economies and sent gas prices soaring.

Denmark's defence minister said after a meeting with NATO General Secretary Jens Stoltenberg there was reason to be concerned about the security situation in the region.

"Russia has a significant military presence in the Baltic Sea region and we expect them to continue their sabre-rattling," Morten Bodskov said in a statement.

Norway's prime minister said on Wednesday that its military will be deployed near oil and gas installations, while Denmark is raising its level of preparedness.

"The military will be more visible at Norwegian oil and gas installations," Norway's Jonas Gahr Stoere told a news briefing.

In the Baltic Sea, gas was still bubbling from the Nord Stream 1 pipeline, the Swedish Coast Guard said in an email.

The Danish Energy Agency said more than half the gas in the damaged pipelines had left the pipes and the remaining volume was expected to be gone by Sunday.

Jens Schumann, managing director of gas pipeline grid company Gasunie Deutschland, said he was "relatively optimistic" that the damage could be repaired.

"There are good teams in place to handle pipeline accidents, there are emergency pipe inventories and experts for onshore and offshore," Schuman said.

The Danish armed forces said the largest gas leak caused a surface disturbance of more than 1 km in diameter, as agencies issued warnings to shipping.

Sweden's Prosecution Authority said it will review material from a police investigation and decide on further action, after Swedish Prime Minister Magdalena Andersson said on Tuesday that two blasts had been detected.

Although this did not represent an attack on Sweden, Stockholm was in close contact with partners such as NATO and neighbours such as Denmark and Germany, Andersson said.

Seismologists in Denmark and Sweden said they had registered two powerful blasts on Monday in the vicinity of the leaks and the explosions were in the water, not under the seabed.

U.S. Defense Secretary Lloyd Austin offered Washington's support in a call with his Danish counterpart on Wednesday, a senior U.S. defense official said. The State Department said it was sharing information on the blasts with its allies.