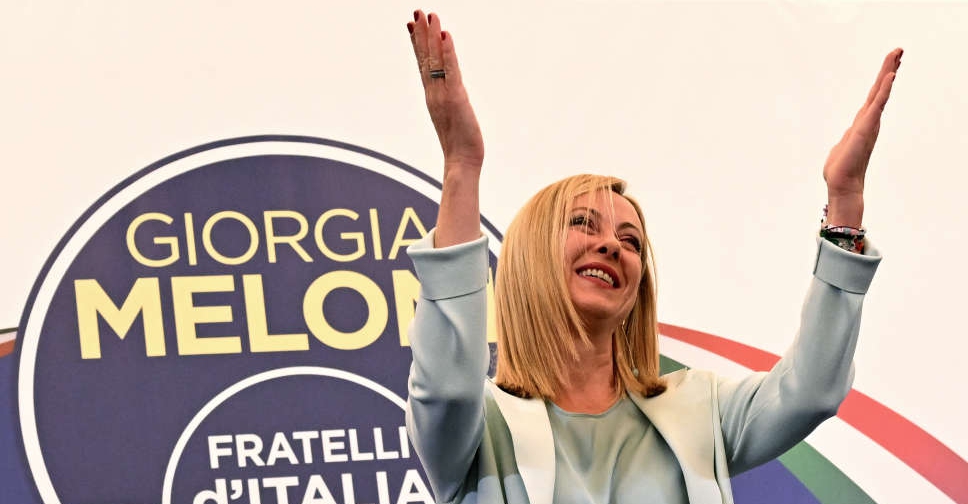 Giorgia Meloni looks set to become Italy's first woman prime minister at the head of its most right-wing government since World War Two after leading a conservative alliance to triumph at Sunday's election.

Provisional results showed the rightist bloc should have a strong majority in both houses of parliament, potentially giving Italy a rare chance of political stability after years of upheaval and fragile coalitions.

However, Meloni and her allies face a daunting list of challenges, including soaring energy prices, war in Ukraine and renewed slowdown in the euro zone's third largest economy.

"We must remember that we are not at the end point, we are at the starting point. It is from tomorrow that we must prove our worth," the 45-year-old Meloni told cheering supporters of her nationalist Brothers of Italy party early Monday morning.

Meloni plays down her party's post-fascist roots and portrays it as a mainstream group like Britain's Conservatives. She has pledged to back Western policy on Ukraine and not take risks with Italy's fragile finances.

European capitals and financial markets will carefully scrutinize her early moves, given her eurosceptic past and her allies' ambivalent position on Russia.

In her victory speech, Meloni struck a conciliatory tone.

"If we are called on to govern this nation we will do it for all the Italians, with the aim of uniting the people and focusing on what unites us rather than what divides us," she said. "This is a time for being responsible."