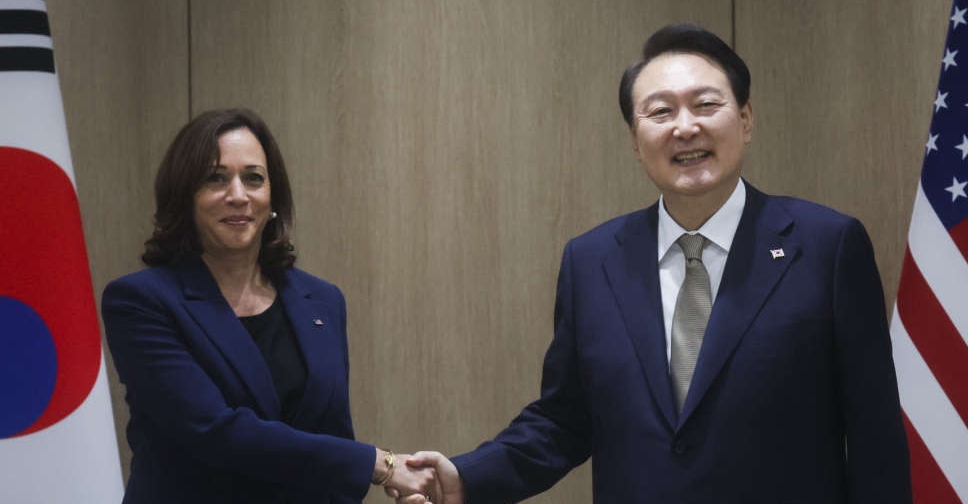 Harris met with Yoon after arriving in the South Korean capital early on Thursday amid simmering tensions in the region over North Korea's missile launches and China's actions in the Taiwan Strait.

North Korea fired two short-range ballistic missiles off its east coast on Wednesday, and codified its right to use preemptive nuclear strikes in a new law early this month.

Harris and Yoon condemned Pyongyang's "provocative nuclear rhetoric and ballistic missile launches", and reaffirmed the shared goal of the complete denuclearisation of the Korean peninsula, the White House said.

"They discussed our response to potential future provocations, including through trilateral cooperation with Japan," the White House said in a statement.

Harris also reaffirmed the US extended deterrence commitment to the Asian ally, including "the full range of US defence capabilities," it added.

Both sides also discussed changes in US electric vehicle subsidies which South Korea fears could disadvantage its automakers.

The White House said Harris "understood" Seoul's concerns and they vowed to continue consultations. South Korea's News1 agency reported that Harris told Yoon that Biden has pledged to find a solution to tackle the issues.