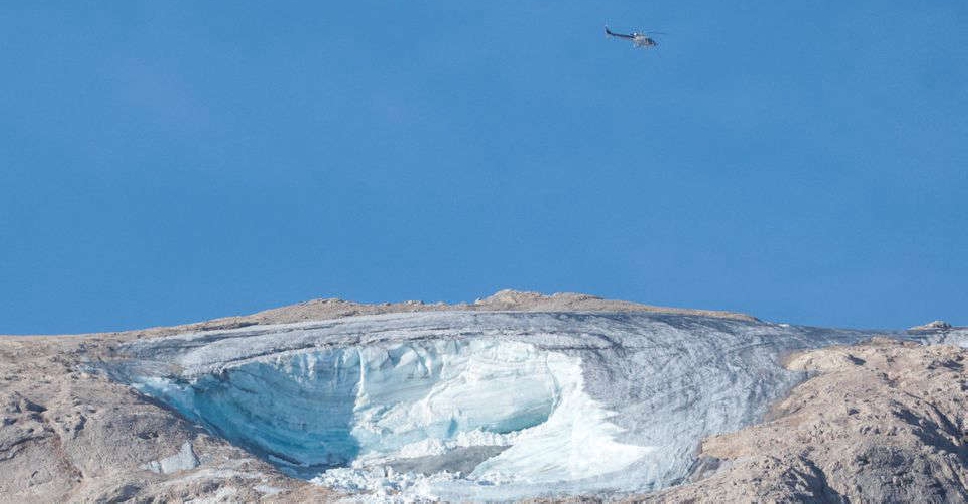 Search and rescue operations resumed on Monday in the Italian Alps with 17 people missing, authorities said, after part of a mountain glacier collapsed, killing at least six people and injuring eight.

The avalanche took place on the Marmolada, which at more than 3,300 metres is the highest peak in the Dolomites, a range in the eastern Italian Alps straddling the regions of Trento and Veneto.

Rising average temperatures have caused the Marmolada glacier, like many others around the world, to shrink steadily over recent decades.

It was not clear what caused the ice to break way but an early summer heatwave across Italy saw temperature rise abruptly, including on the Marmolada.

"For weeks the temperatures at high altitudes in the Alps have been well above normal values, while this past winter there has been little snow, which hardly protects the glacial basins anymore," Renato Colucci from the polar sciences institute of the National Research Council (CNR) said in a statement.

Four victims were identified on Monday, three of them Italian, including two alpine guides, and another from the Czech Republic, news agency AGI reported, citing rescuers.

Italian Prime Minister Mario Draghi and the head of the National Civil Protection agency were due to visit the area later on Monday.