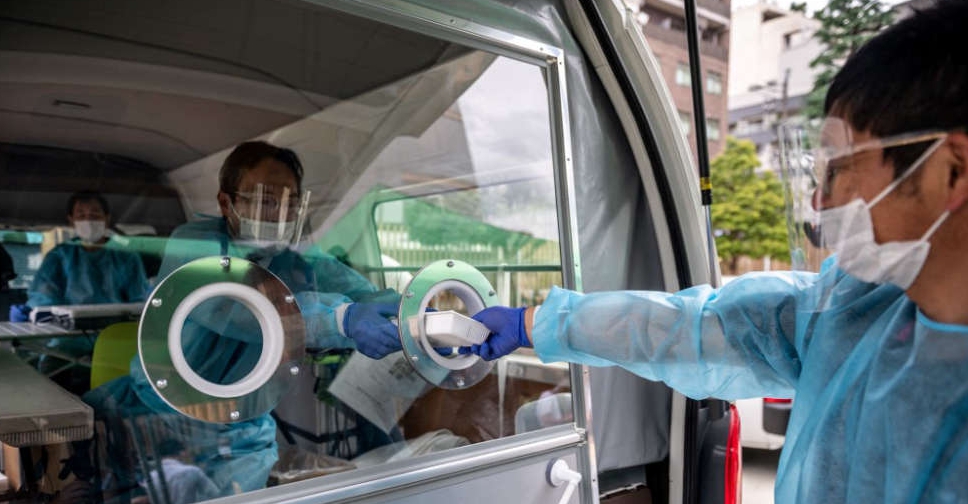 Olympic host city Tokyo has asked hospitals to prepare more beds for COVID-19 patients as the Japanese capital grapples with a rise in infections, broadcaster TBS said on Tuesday.

Daily infections in the city, which has seen an influx of overseas visitors for the Tokyo Games, doubled to 1,429 on Monday from a week earlier.

That was the highest number for a Monday since the pandemic began and followed a similar record set on Sunday.

Infection numbers tend to dip following weekends and holidays when testing capacity shrinks so experts and policymakers are closely watching Tuesday's numbers, due to be released in the afternoon, to get a clearer picture of the situation.

With hospitals admitting growing numbers of patients, Tokyo aims to raise the number of beds to 6,406 by early next month from the current capacity of 5,967, TBS said.

Hospitals should look at pushing back planned surgery and scaling down other treatments, the broadcaster said, citing a notice to medical institutions from city authorities.

Health experts had warned that seasonal factors, increased mobility, and the spread of variants would lead to a rebound in COVID-19 cases this summer.

Kyoto University professor Yuki Furuse earlier projected that new daily cases in Tokyo could rise to 2,000 in August, potentially maxing out hospital beds in Tokyo and the area.

While vaccinations are boosting protection for the oldest citizens most likely to need emergency care, just 36% of the population has received at least one shot, a Reuters vaccination tracker shows.

Many Japanese had wanted the Games postponed again or cancelled, fearing the influx of athletes and officials could add to the surge.

The Games are being held under tight quarantine rules to prevent the spread of the virus, but 155 cases have emerged involving athletes and others.

A strict "playbook" setting out rules to avoid contagion mandates frequent testing for the virus, restricted movements and wearing masks by athletes and others in most situations.