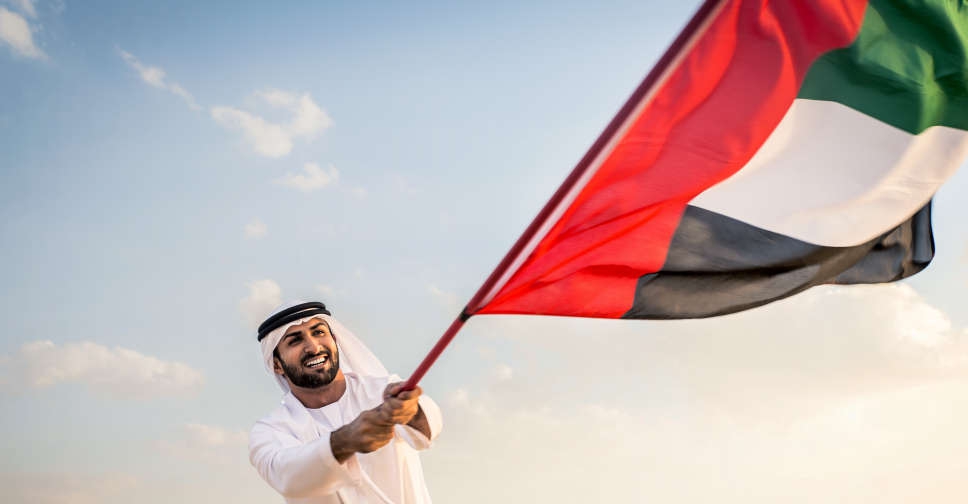 Despite the challenges posed by the pandemic, economic impacts and ongoing conflicts in parts of the region, 60 per cent of Arab youth surveyed were surprisingly hopeful and optimistic about the future.

That's according to the Annual ASDA’A BCW Arab Youth Survey, which showed that 90 per cent of Emirati youth in the UAE said their "best days lie ahead", while nearly two-thirds (62 per cent) said they expected to have a better life than their parents.

Meanwhile, a staggering 99 per cent said their country’s economy was heading in the right direction, up from 97 per cent last year.

Moreover, all the young Emirati men and women polled this year said their voice mattered to the country’s leadership.

"National pride is clearly a theme of our findings in the UAE, with 41 per cent of Emirati respondents saying their nationality is central to their identity, more than double the regional average," highlighted Sunil John, President, MENA, BCW and Founder of ASDA’A BCW. "This shows just how powerfully the message of national unity conveyed by the UAE’s leadership has resonated with its young citizens."

"They also acknowledge the UAE’s efforts to promote gender equality, with more than eight in 10 saying that men and women have the same rights and equal access to employment; again, this is far above the regional average." 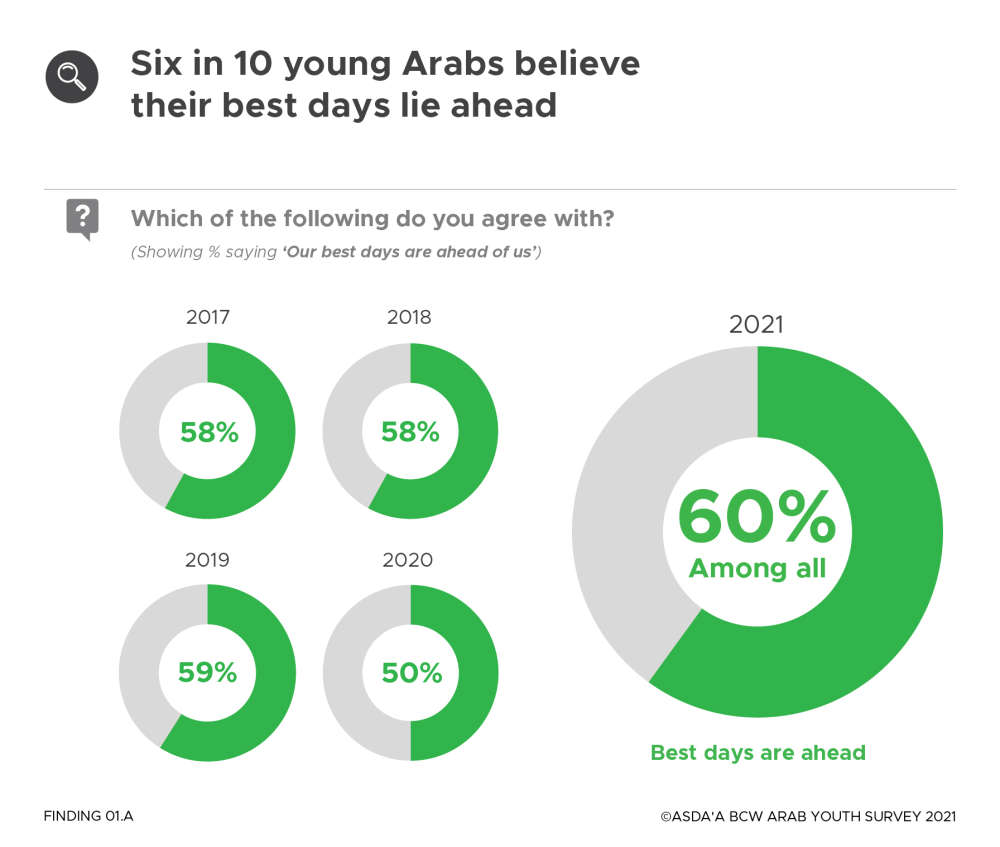 Despite the positivity of UAE youth overall, nearly nine out of 10 (87 per cent) young Emirati men and women say they remain "very concerned" or "somewhat concerned" about the pandemic, while 82 per cent are worried about rising living costs.

The quality of education available to them was their third-ranked concern, cited by more than three-quarters (77 per cent) of respondents. 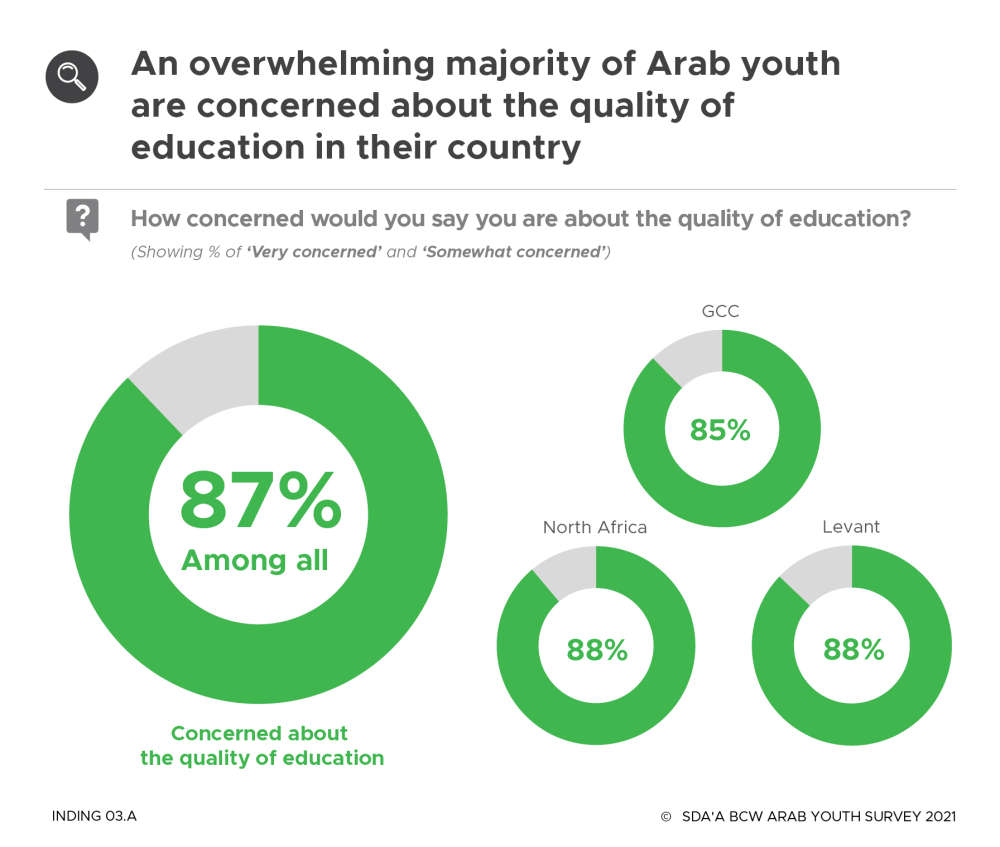 While unemployment was a major challenge highlighted by this year’s cohort in MENA overall, only six per cent of Emiratis said either they or a family member had lost their job due to the pandemic.

The UAE has topped the list of most preferred countries every year since young Arab men and women across the Middle East & Africa (MENA) were first asked the question in 2012.

Nearly half of young Arabs (47 per cent) selected the UAE as their favourite place to live, more than double the number of votes the poll’s second-ranked country, the US received. And almost the same proportion (46 per cent) said the UAE was the country they most wanted their own to be like, followed by the US (28 per cent), Canada and Germany (each chosen by 12 per cent of interviewees) and France (11 per cent). 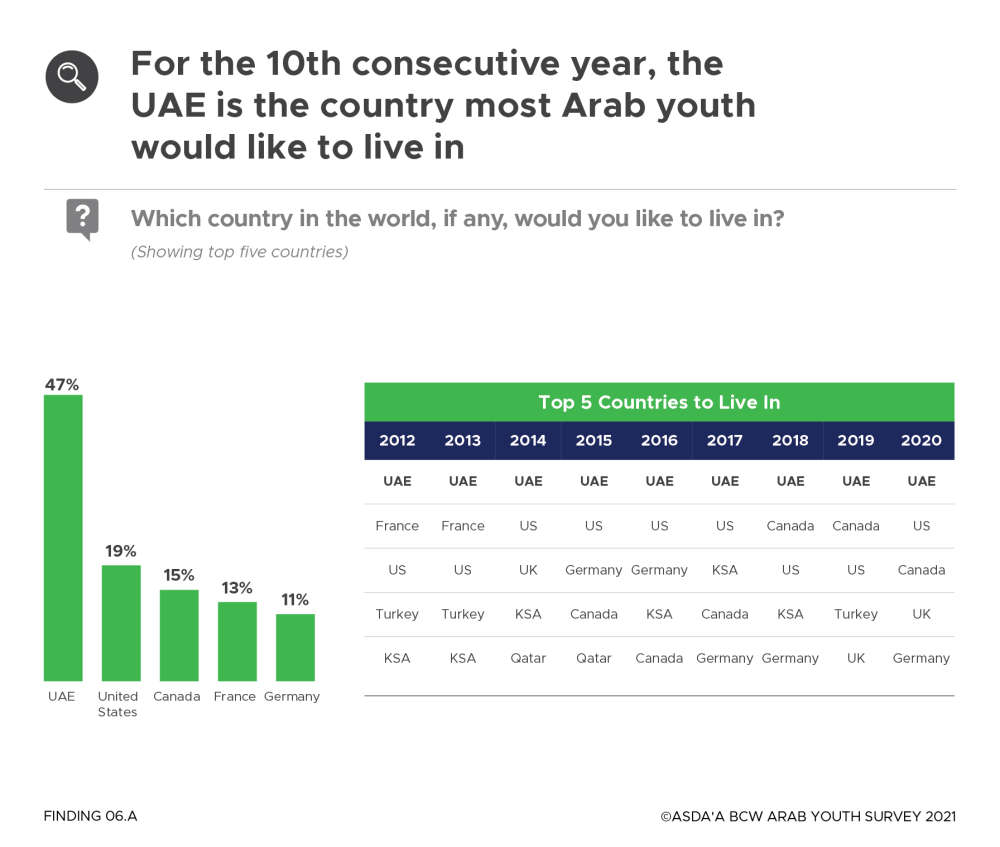 The UAE’s growing economy and the wide range of opportunities it offers were cited by nearly a third (28 per cent) of the Arab youth, with the country’s clean environment, safety and security, and generous salary packages also ranked highly among the characteristics they most associate with the country.

"These findings will be particularly gratifying as the UAE celebrates its half-centennial this year and looks forward to the next 50 years of its prosperity and success," added John.

"With the challenges of the COVID-19 pandemic now receding thanks to the leadership’s proactive efforts, and Expo 2020 Dubai underway amidst huge fanfare, a spirit of positivity and optimism is clearly detectable in this year’s findings, while the trust of Emirati youth in their nation’s economic vision remains universally high."