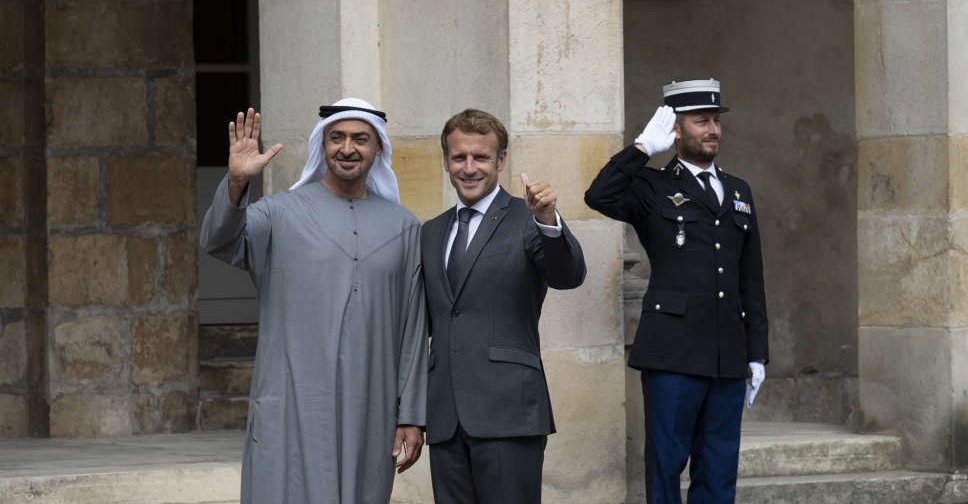 They held talks at the historic Fontainebleau Chateau, near Paris, with the discussions focusing on strategic relations as well as regional and international developments, including the current situation in Afghanistan.

During the meeting, Sheikh Mohamed and President Macron discussed bilateral cooperation in the areas of investment, economy and culture, and other vital sectors.

I was pleased to meet with President Emmanuel Macron in Paris today, where we discussed our shared interest in deepening the strong and longstanding strategic ties between the UAE and France, as well as regional and international developments. pic.twitter.com/VWlewaf4YE

The talks also touched on the COVID-19 pandemic and the international efforts to mitigate its humanitarian and economic fallout and return to normalcy.

Both sides then affirmed the importance of achieving security, peace and stability in the region through diplomatic means and constructive dialogue.