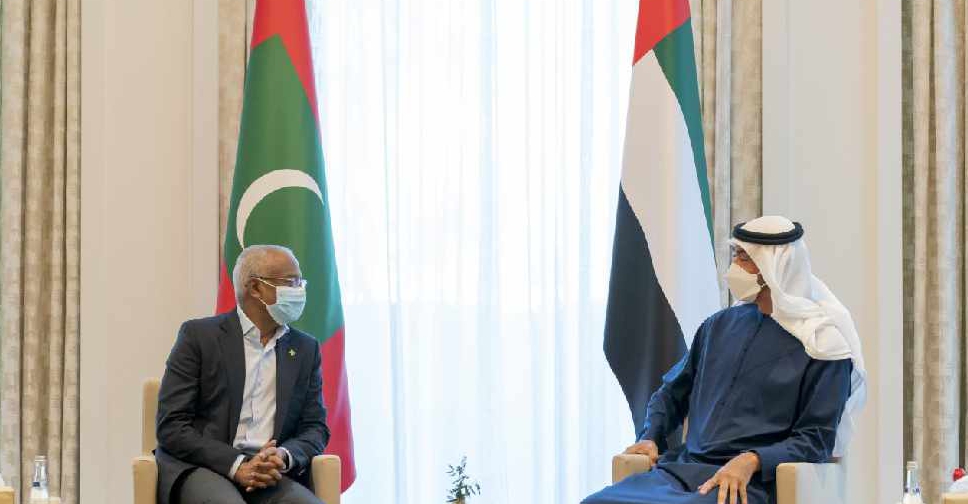 His Highness Sheikh Mohamed bin Zayed Al Nahyan, Crown Prince of Abu Dhabi and Deputy Supreme Commander of the UAE Armed Forces held talks with the President of the Maldives, who is currently visiting the UAE.

During the meeting, they reviewed bilateral relations and ways to further develop ties across various fields, especially economic, trade and investment.

The two leaders also discussed other issues of common interest as well as measures to deal with the coronavirus pandemic.

President Solih thanked Sheikh Mohamed for the medical assistance provided by the UAE to his country to tackle the pandemic.

Meanwhile, Sheikh Mohamed wished the Republic of Maldives and its people continued progress and prosperity. 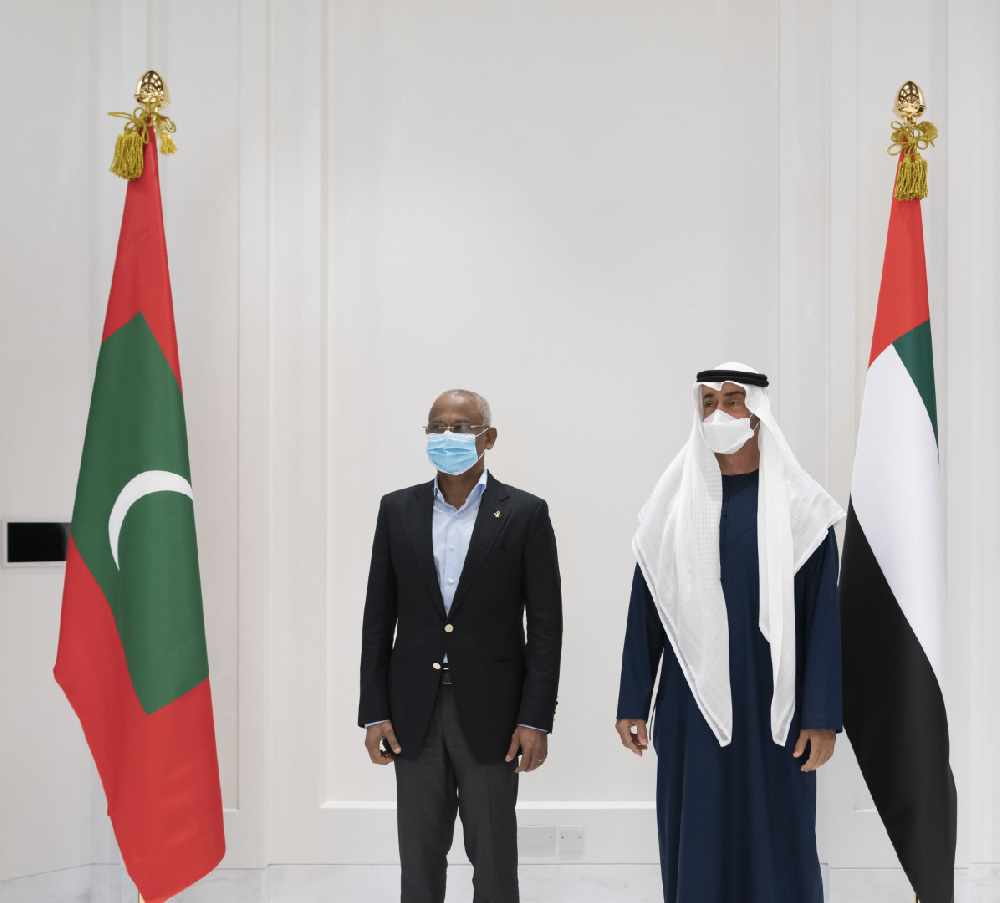