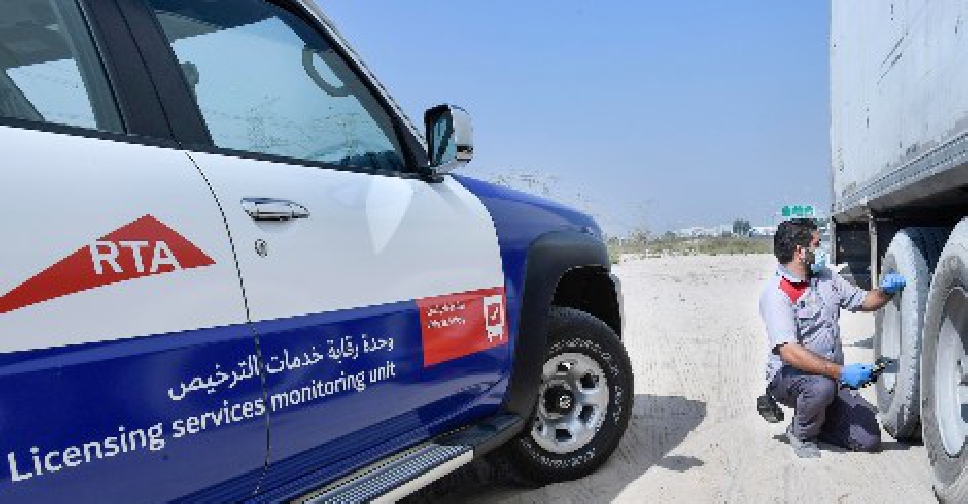 More than 14,000 violations were committed last year by drivers of heavy duty vehicles in Dubai.

The Roads and Transport Authority (RTA) says a total of 37,691 inspections were carried out in 2020.

Failure to comply with safety regulations and faulty lights or tyres were among the most common offences.

The RTA stressed the need for compliance and said the inspections have led to a fall in the number of road accidents.

According to Mohammed Nabhan, Director of Licensing Activities Monitoring, Licensing Agency, RTA, failure to comply with security and safety stipulations recorded 3,593 offences, unroadworthy vehicles clocked 3,428 offences, while faulty rear and sidelights of the trailer at 2,008 offences.

As many as 1,644 vehicles were found with faulty tyres.

"We stress the elements of safety, durability and technical aspects in deciding whether these vehicles and their drivers qualify for practising activities safely under sustained monitoring. The implementation of these aspects resulted in a significant drop in heavy truck accidents over the past four years (2017-2020)."

#RTA has carried out 37,691 inspections of heavy vehicles resulting in 14,314 offences. Violations reported were related to the lack of compliance with the technical specifications and regulations governing the operation of heavy vehicles. https://t.co/6pqh6VIL3f pic.twitter.com/BvA4USgT9I