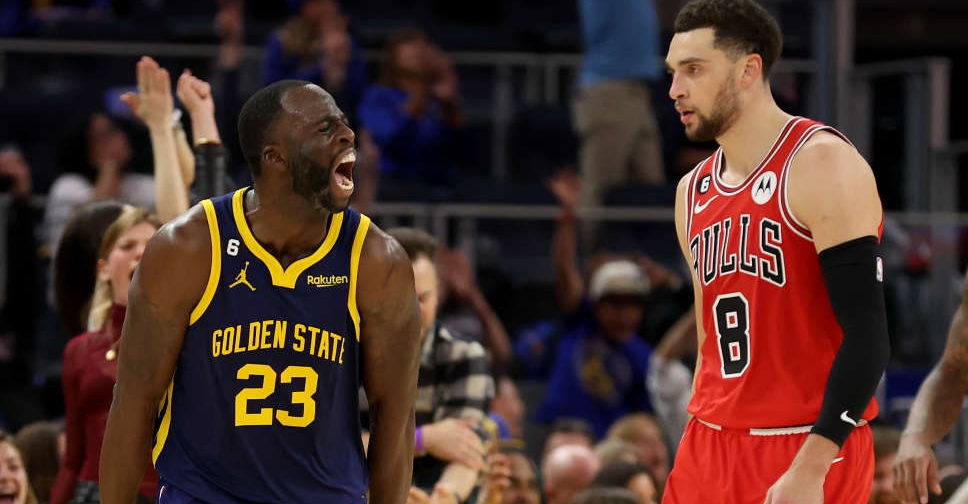 Jordan Poole exploded for a game-high 30 points off the bench and the Golden State Warriors won their ninth straight at home Friday night with a 119-111 triumph over the Chicago Bulls in San Francisco.

Klay Thompson and Draymond Green buried key late 3-pointers for Golden State, whose 10-1 home record is tied with the Cleveland Cavaliers for the best in the NBA.

Thompson finished with 26 points, and teammate Stephen Curry had 19 to go with 11 rebounds.

Nikola Vucevic had 23 points, Zach LaVine 21 and DeMar DeRozan 16 for Chicago, which trailed by as many as 19 before rallying within 105-102 after a steal and hoop by Javonte Green with 6:14 to play.

A 3-pointer by Thompson stalled the Chicago surge, but the visitors kept coming and eventually got within 110-109 on a 3-pointer by LaVine with 2:27 to go.

Again, the Warriors dialed long distance to increase their advantage, with Draymond Green burying a 26-footer to make it a four-point game.

Two free throws by Thompson and a block by Draymond Green via a call reversal on a LaVine layup held the Bulls at bay until Thompson slammed the door with a 15-footer for a 117-109 advantage with 55 seconds left.

Poole shot 7-for-13 from 3-point range while matching his second-highest point total of the season. The Warriors made 20 treys on 50 tries, outscoring the Bulls 60-27 from beyond the arc.

Curry contributed four 3-pointers to the Golden State total, while Thompson had three. Curry and Thompson also found time for six assists apiece.
Draymond Green chipped in with 13 points and a season-high 10 assists, missing his first triple-double of the season by one rebound. Wiggins had 12 points, and Kevon Looney added a game-high 12 rebounds to complement seven points.

Vucevic went 9-for-17 from the field for the Bulls, who were outshot 48.3 percent to 46.2 percent. The big man completed a double-double with a team-high 11 rebounds.

DeRozan had a team-high seven assists and pulled down six rebounds.

Goran Dragic went for 14 points off the bench and Javonte Green had 13 for Chicago, which fell to 2-3 on a six-game trip that ends Sunday night in Sacramento.