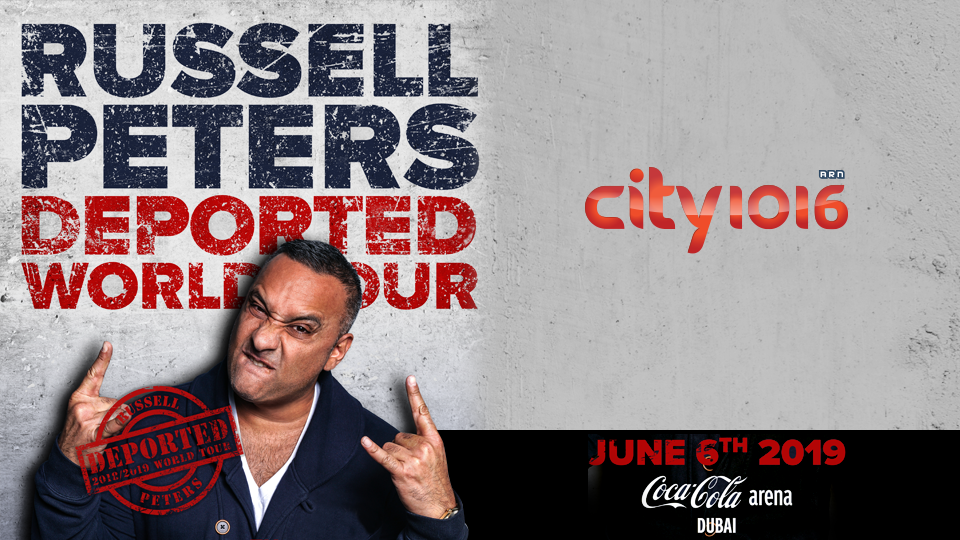 Global comedy superstar Russell Peters is thrilled to announce his return to Dubai as part of his brand-new Deported World Tour this summer.

The Deported World Tour kicked off in Australia and New Zealand in February 2018 and has already travelled to over 29 cities in 20 countries and been seen by over 100,000 fans worldwide.

Get your tickets here: http://ticketmaster.ae/russellpeters