The One Billion Followers Summit kicks off in Dubai 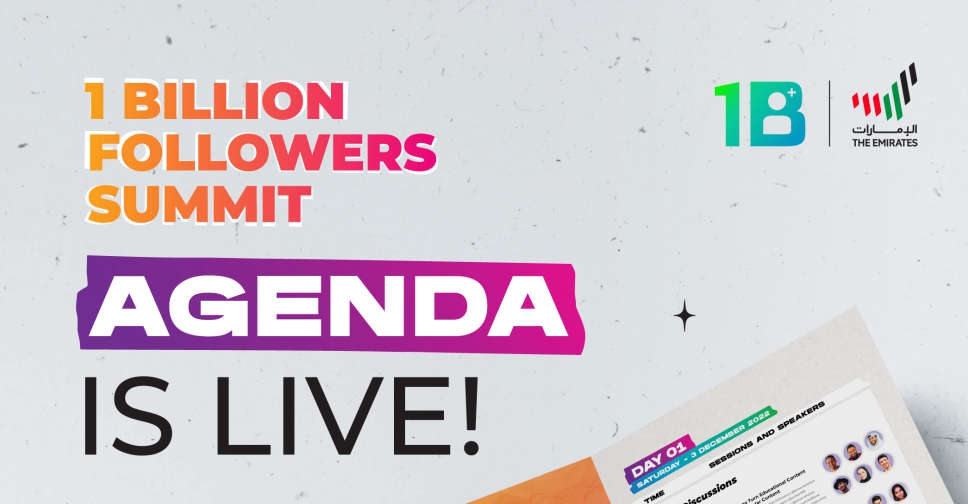 Hosting more than 100 influencers and content creators from around the world, this expo event brings together influencers followed by a billion people to share their knowledge and experiences.

A series of workshops and discussions will take place over two days.

A host of well known online personalities are scheduled to speak, such as comedian Trevor Noah, Aboflah, the arab worlds biggest gaming star, and
Matthew Patrick, known as MatPat on YouTube, will sum up 10 years of content creation in just 20 minutes.

The agenda also includes a distinguished participation of the TikToker Mai, known as Mai and Mama Wafa, as well as Abdullah Annan; Ahmed Sharif; Omar Al Heloo; Nasser Alaqeel; and Maitha Mohamed (@mythjourney). The Kuwaiti content creator Issa Alhabib will be participating as a moderator.

The program will include a series of main sessions during which a group of influencers and global content creators will talk about the tools and ways that make you a trans-continental star, and how to get started and attract the first follower.

The second day of the summit includes more than 20 sessions during which a number of influencers and specialists in the world of content creation will speak, including the the influencer and entrepreneur Karen Wazen; Layla Tamim; Muhammad Orfali; Eman Sobhi; Zaina Khaled; Ahmed El-Ghandour; Alaa Wardi; Vishen Lakhiani, founder of Mindvalley; and Jordan Matter, a creator who tells stories through pictures.

Alia Al Hammadi, CEO of the New Media Academy stressed the importance of social media in leading the process of development around the world. She noted that social media platforms have become an essential part of media in all its forms.
Al Hammad said: “The One Billion Summit falls under the New Media Academy, which aims at educating and qualifying the new generation in the field of media and digital content through a wide range of programmes, events and workshops.”

His Highness Sheikh Mohammed bin Rashid Al Maktoum, Vice President and Prime Minister of UAE and Ruler of Dubai launched the New Media Academy as a platform of content creation and education, aiming at spearheading the presence of Emiratis and Arabs into the digital sphere across social media platforms.