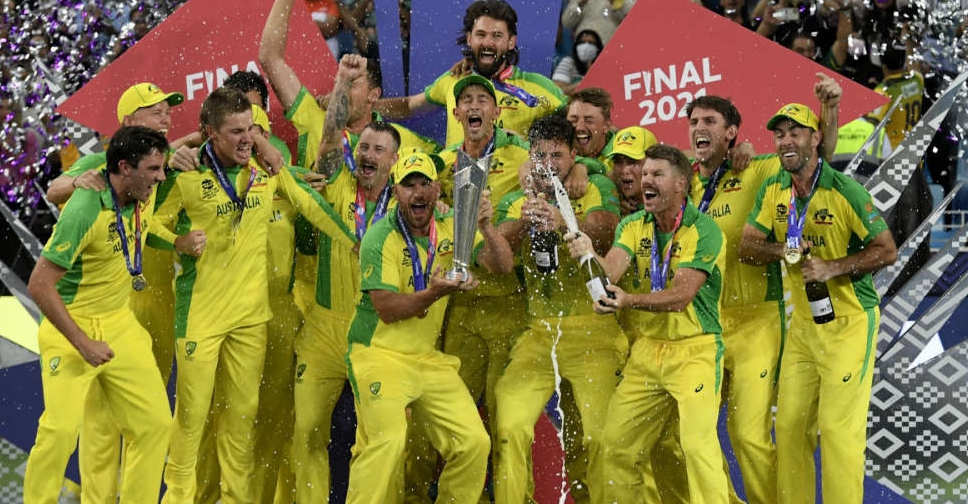 Australia will begin the defence of their Twenty20 World Cup title against New Zealand in Sydney on October 22 in a re-run of last year's final.

The Australians will be hosting the tournament, which begins on October 16 and runs until November 13.

The hosts have been drawn in Group 1 of the Super 12 phase of the competition alongside New Zealand, who they defeated in Dubai in November, as well as England, Afghanistan, the winners of Group A and runners up in Group B from the first round.

Group 2 will feature India, Pakistan, South Africa, Bangladesh plus the Group B winners and Group A runners-up.

Sixteen nations will compete in the tournament, which will be played in Adelaide, Brisbane, Geelong, Hobart, Melbourne, Perth and Sydney.

Sri Lanka and Namibia will face off in the first round tournament opener in Geelong on October 16 in Group A, where they will be joined by two qualifiers.

Group B will feature the West Indies, Scotland and a further two qualifiers.

The final will be played under lights at the Melbourne Cricket Ground on November 13.