Barca scrape late draw with Granada as fans stay away 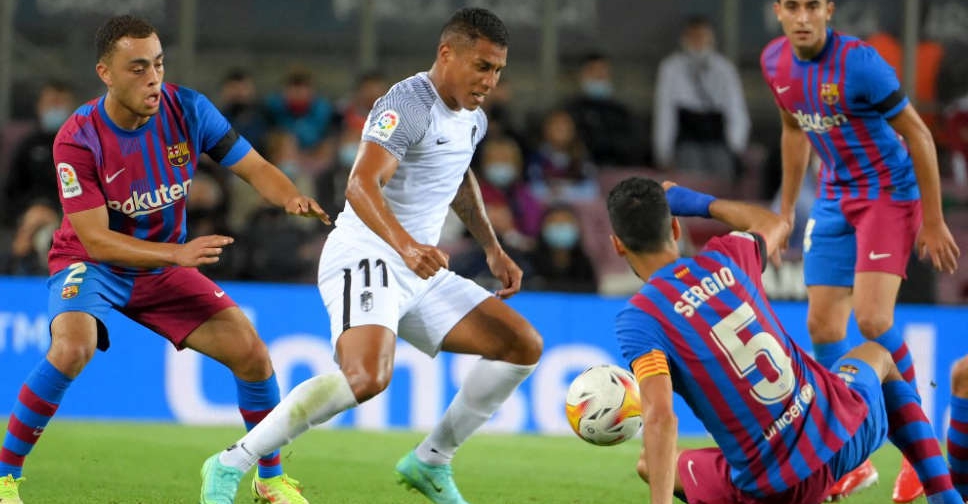 Barcelona limped to a 1-1 draw at home to lowly Granada in LaLiga, needing defender Ronald Araujo's last-minute header to rescue a point.

With only 27,000 out of a possible 40,000 fans inside the ground, those in attendance were stunned into silence after 85 seconds as Domingos Duarte rose at the back post to head in Sergio Escudero's centre.

Sergi Roberto struck the post with a volley midway through the first half as Barca huffed and puffed to get back into the game.

Araujo forced Luis Maximiano into a full-length stop on the stroke of halftime as the Catalans resorted to hoofing the ball into the box, racking up 54 crosses in total during the 90 minutes.

Coach Ronald Koeman introduced striker Luuk de Jong at the break to act as target man and he was joined up top by centre-half Gerard Pique 15 minutes from time as the hosts grew increasingly desperate.

De Jong somehow contrived to miss from close range as it appeared it was going to be another frustrating night for Barca.

However, Araujo's header rescued a point in the final minute of normal time from 17-year-old substitute Gavi's cross.

The result leaves Barca in seventh place on eight points from four matches, five behind leaders Real Madrid who have played a game more.

"They (Granada) wasted time from as soon as they scored," bemoaned Koeman. "There wasn't a lot of space to play short, delicate balls as they defended with every man back.

"There was space on the wings to cross, and we had tall players in there and that's what we did. At least we managed to get a draw, even if we have dropped two points."

Granada, meanwhile, remains without a win and is in 17th spot on three points from five matches.