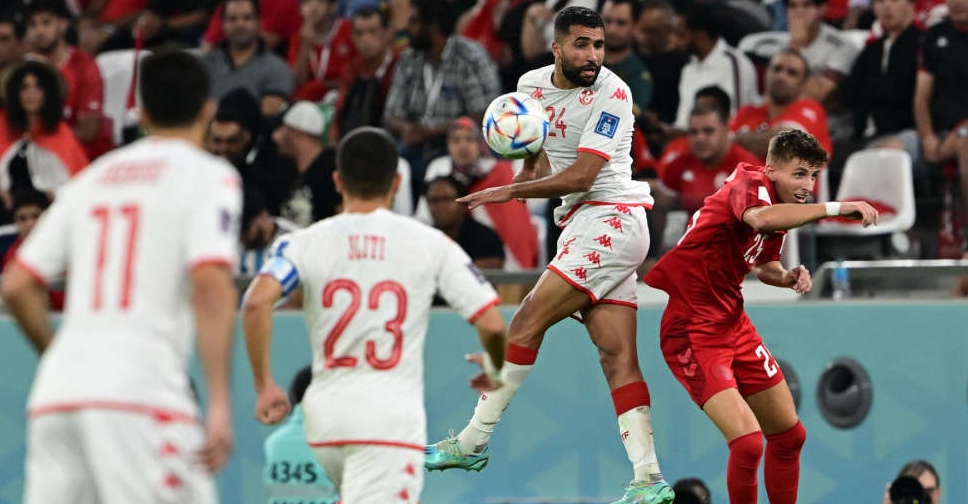 Denmark were held to a 0-0 draw by Tunisia in their Group D World Cup opener that smouldered and sparked, but never quite caught fire at the Education City Stadium on Tuesday.

Against a backdrop of raucous noise provided by the thousands of Tunisian fans in the stands, Issam Jebali had a goal ruled out for offside in the 23rd minute but it was Denmark who provided most of the attacking football in the first half.

The Danes upped the tempo in the second, with Christian Eriksen firing a rasping left-foot shot that was saved by goalkeeper Aymen Dahmen in the 69th minute, and Andreas Cornelius hit the post with a header from the resulting corner.

Denmark thought they should have had a penalty in stoppage time for handball that was checked at the VAR screen by referee Cesar Arturo Ramos, but he instead gave a free kick to Tunisia for a foul in the build-up.

Tunisia defended resolutely and threatened on the counter as the Danes struggled to break them down, and in the end their fans were delighted with a point that sets them up for their next game against Australia, while Denmark face France.