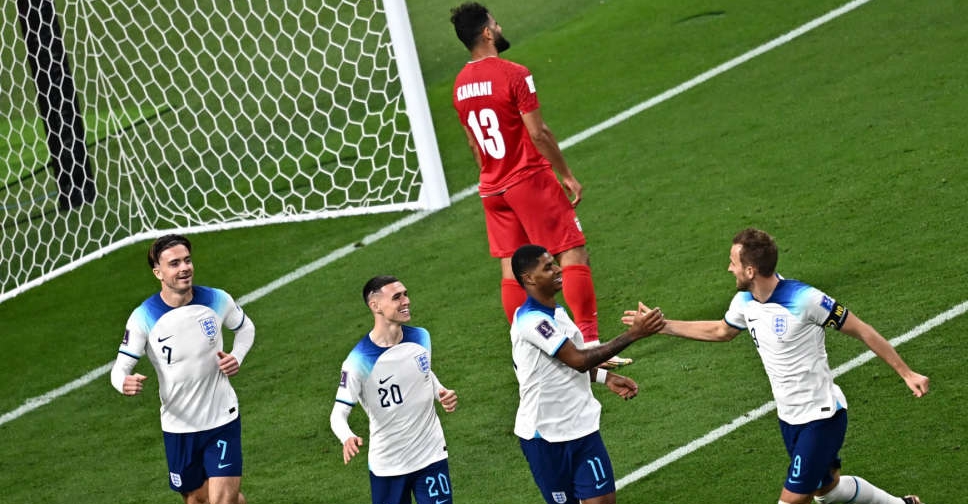 England got their FIFA World Cup campaign off to a flying start as they cruised to a 6-2 victory against Iran in Group B.

Gareth Southgate's side came into the tournament without a win in six games, but a dynamic opening 45 minutes in which Jude Bellingham scored his first England goal, Bukayo Saka doubled the lead and Raheem Sterling grabbed a third to set up a second-half stroll.

Saka's second goal after the break allowed them to take their foot off the gas and opened the door for Iran to grab one back through Mehdi Taremi, before substitutes Marcus Rashford and Jack Grealish rounded off England's scoring.

The match at Khalifa International Stadium in Doha marked the first-ever encounter between the two teams.

England had come close to taking the lead with Harry Maguire heading against the crossbar, before Bellingham steered in a header from a Luke Shaw cross in the 35th minute.

Eight minutes later, England doubled their lead when Maguire climbed highest from a corner to head down for Saka to score.

Sterling flicked in a cross by captain Harry Kane in first-half stoppage time before Saka bamboozled Iran's defence and made it 4-0 in the 62nd minute.

Taremi narrowed the gap for Iran three minutes later but Rashford made it 5-1 and Grealish, also coming off the bench, scored England's sixth.

Taremi scored a consolation second goal for Iran from the penalty spot in the dying seconds.