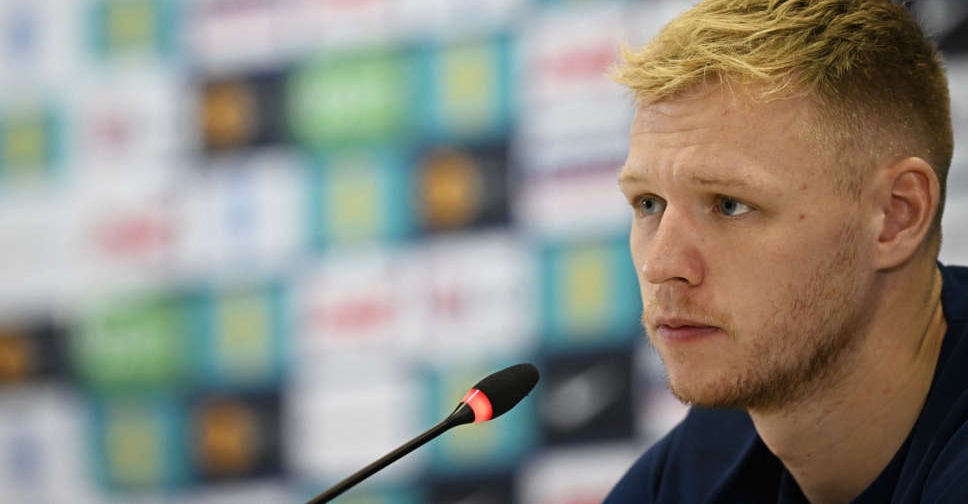 Aaron Ramsdale backed his England and Arsenal teammate Bukayo Saka to step up if he's called upon to take a penalty at the World Cup, despite having been subjected to racial abuse after his shootout miss in the European Championship final.

Saka and his England teammates Marcus Rashford and Jadon Sancho were the targets of online abuse after they missed spot-kicks in a 3-2 shootout loss to Italy after the game ended 1-1 following extra time.

Since his miss in the final, Saka has scored three penalties for Arsenal in the Premier League, including goals from the spot in back-to-back games against Chelsea and United in April.

When asked if Saka would volunteer to take a penalty at the World Cup, Ramsdale told reporters, "absolutely".

"I think he's realised that it was something which happened which maybe had to happen for him," Ramsdale added.

"And he wouldn't shy away from that because of the type of person and what it is. So he knows the feeling now, and hopefully, the next time he steps up, he'll do what he does for Arsenal and put it in the back of the net."

England plays their Group B opener against Iran on Monday before facing the United States and Wales.