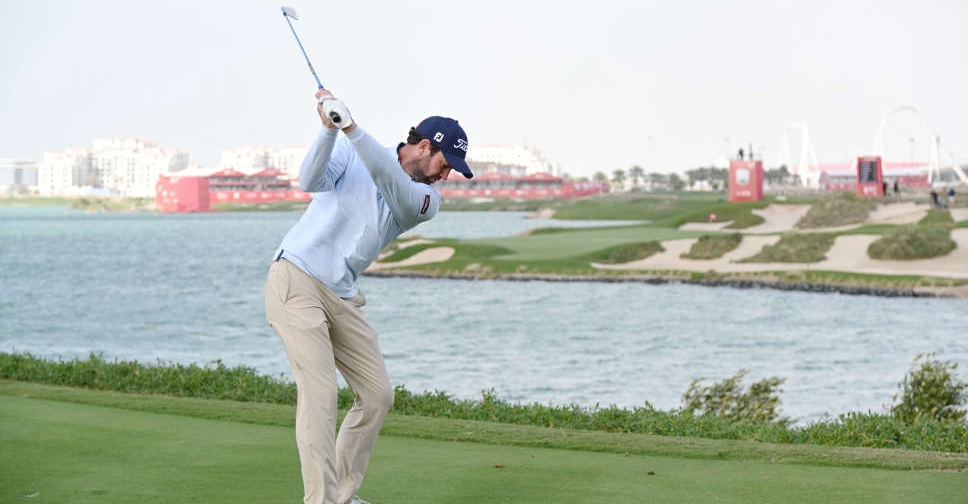 Scott Jamieson maintained his one-shot lead at the halfway stage of the Abu Dhabi HSBC Championship.

Ryder Cup stars Viktor Hovland, Ian Poulter, Shane Lowry and Thomas Pieters were among the many players in close pursuit after a blustery second round of the DP World Tour season's opening Rolex Series event.

The strong winds played havoc at Yas Links but Jamieson remained steady and composed as he battled to a two over par 74 to enter the weekend on a seven under leading total.

On a day which yielded only nine sub-par rounds, Poulter's level 72 was all the more impressive and the Englishman sat in a share of second place on six under, alongside his recent Ryder Cup team-mate Hovland who signed for a 74.

James Morrison, meanwhile, was level par through 14 holes and on a six under total before play was suspended overnight due to darkness.

Defending Champion Tyrrell Hatton's five over 77 left him six shots back on a one under total, while four-time Major champion Rory McIlroy had to hole a nerve-jangling birdie putt on the final hole to leave himself in a good position to make the weekend.

He sits right on the cut line on three over, with round two to be completed on Saturday morning.

In windy conditions, many of the field struggled with Emirati amateur Ahmad Skaik finishing 15-over-par for his two rounds.

Countryman Ahmed Al-Musharrekh and UAE-born Josh Hill also found conditions tough, with both unlikely to make the cut before the klaxon was sounded.

After his round, Jamieson said: "It certainly wasn't easy. You know, we knew the forecast but when you're in your hotel room in the morning and the locker room, clear day, and before you play it's a little easier, but then you experience it and get out there."