Osaka strolls into third round at Games 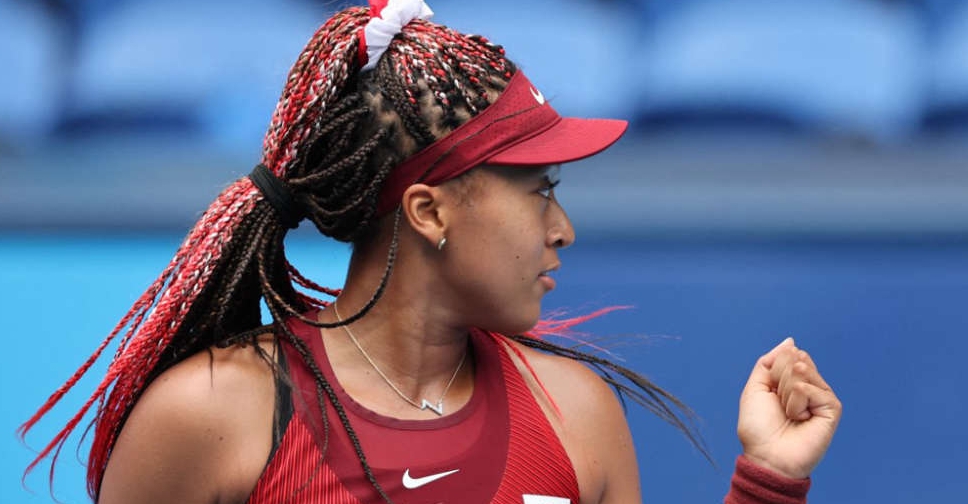 Japan's Naomi Osaka sent out an ominous message to competitors at the Tokyo Games on Monday, sweeping past 50th-ranked Viktorija Golubic 6-3 6-2 to book a place in the third round.

The Japanese second seed has been in impressive form this week, returning to competition after a two-month break and embracing her role as one of the host country's most prominent ambassadors of the Games.

Winning Olympic gold on home soil would be the icing on the cake though Osaka said she was determined not to look too far ahead.

"Well you know, definitely it would mean a lot for me to win gold here but I know it's a process," she said.

"You know, these are the best players in the world and I honestly haven't played in a while so I'm trying to keep it one match at a time. All in all, I'm just really happy to be here."

Osaka had not played a match since withdrawing after the first round at the French Open in May, amid controversy over her decision to skip mandatory press conferences during the tournament in a bid to protect her mental health.

She made her first public appearance since the withdrawal by lighting the Olympic cauldron at the Games' opening ceremony last week, a task she described as a sense of duty to Japan.

"Honestly I didn't feel pressured. For me, I felt more excitement, this was like a sense of duty, like something I wanted to accomplish."

The 23-year-old was relentless in her match against Golubic, barely troubled on serve in the first set and reeling off four games in a row to start the second.

The Swiss managed to retain her serve after but was unable to hold off the onslaught from the world number two.

Osaka secured the win with a powerful forehand to set up a meeting with either Romania's Mihaela Buzarnescu or Marketa Vondrousova of the Czech Republic.