Richarlison turns on style as silky Brazil see off Serbia 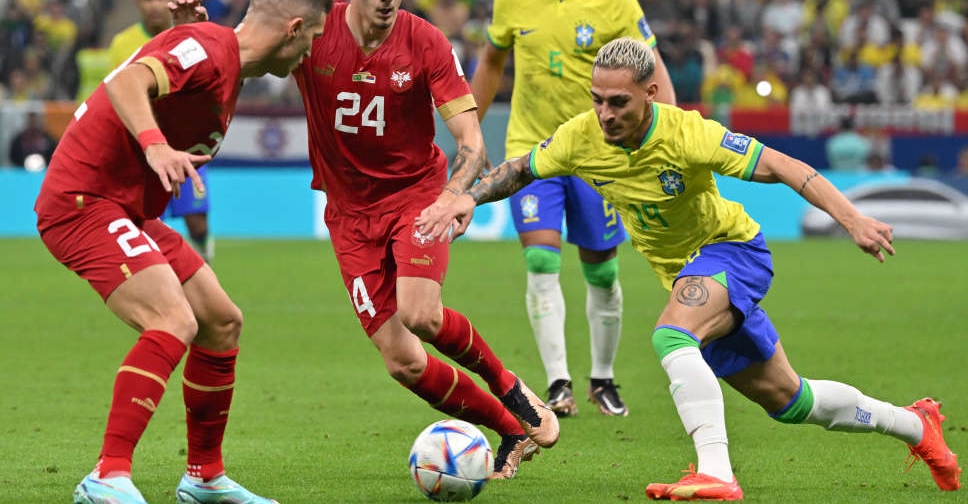 On Thursday, Richarlison scored two second-half goals, including a spectacular overhead kick, though an ankle injury sustained by Neymar put a damper on their celebrations.

Richarlison has been in fine form when wearing the golden yellow kit of Brazil this year and he opened the scoring with an easy tap-in before doubling the lead with his acrobatic effort.

It was his ninth goal for Brazil in seven games in 2022 as Brazil leapfrogged Switzerland, who beat Cameroon 1-0, to the top of Group G. Serbia are bottom.

"As our professor Tite says, 'you are smelling goals', and that's what's happening," Richarlison said.

"It's a wonderful night, a beautiful victory and now we have six games to reach our goal."

Tite's decision to go with four forwards - Neymar, Vinicius Jr., Raphinha and Richarlison - in his attacking lineup paid off handsomely as the South Americans dominated the match and made Serbia work hard every time they went forward.

Vinicius used his flair and acceleration to good effect to consistently beat his man while Neymar, playing in a free role, often found pockets of space, but a well-drilled Serbian defence kept Brazil at bay in the first half.

Brazil's best chance of the half, however, came when Neymar tried to catch goalkeeper Vanja Milinkovic-Savic off guard from a corner, whipping in an inswinger that was on target before the Torino player punched it clear.