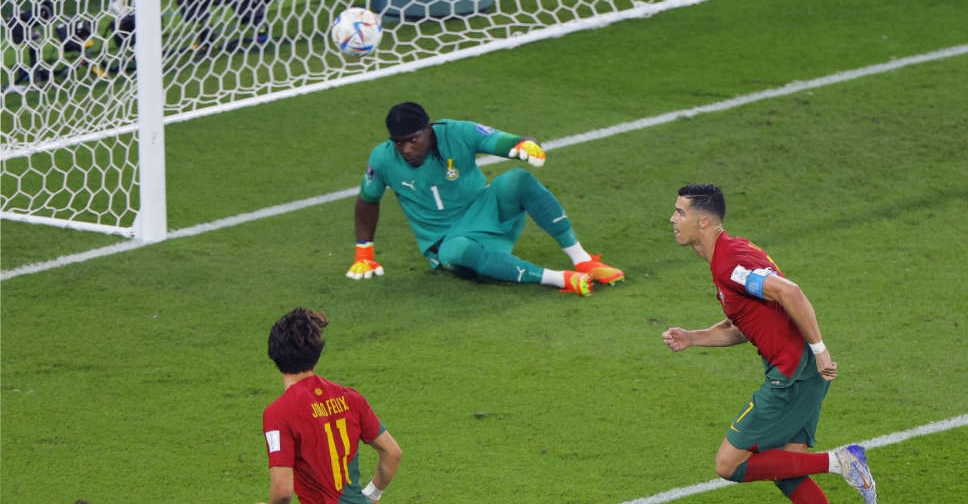 Portugal captain Cristiano Ronaldo became the first player to score in five World Cups as his side registered a nervy 3-2 win over Ghana on Thursday.

The first-half of the Group H clash was forgettable apart from a couple of Ronaldo chances, but it burst into life after the interval as Portugal belatedly began their campaign.

Ronaldo, a free agent after his second stint at Old Trafford ended abruptly on Tuesday, thumped home a dubiously-awarded penalty in the 65th minute after an innocuous coming together with Mohammed Salisu saw the referee point to the spot.

Ghana did nothing in the first half apart from defend deeply but gave their noisy bank of fans in the 974 Stadium something to cheer when Andre Ayew equalised in the 73rd minute.

Joao Felix restored Portugal's lead five minutes later, however, and Ronaldo then showed his class with a jinking run before sliding a pass to Rafael Leao to leave Ghana stunned.

Osman Bukari's 89th-minute headed reply set up an anxious ending for Portugal but they survived nine minutes of stoppage time to win their opening game of a World Cup for the first time in their last four appearances.