Simone Biles out of team event, can still get medal 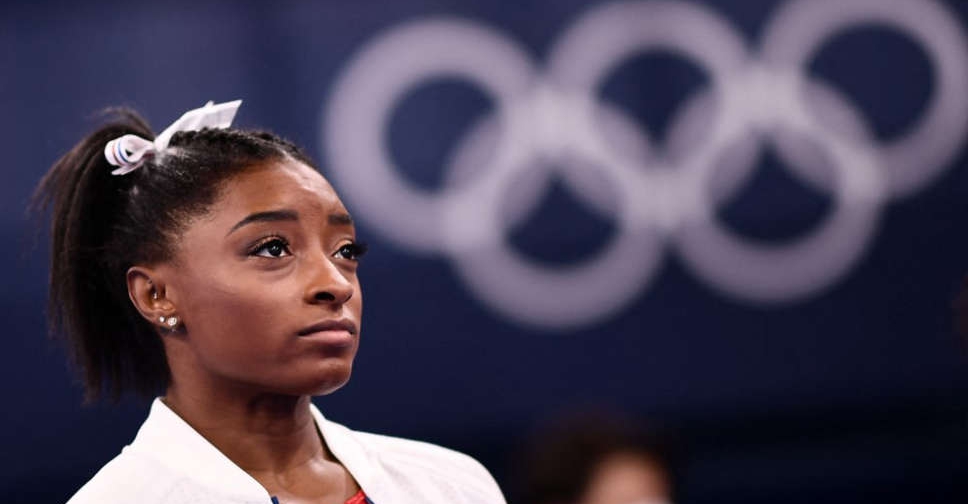 Simone Biles' quest to become the greatest female Olympian here in Tokyo took a bizarre twist on Tuesday, when she dropped out of the women's team event after one vault.

After a disappointing attempt in the first rotation, the American was signified by an 'R' on the competitor list before the bars began, indicating she would not continue in the competition.

The International Gymnastics Federation said she would play no further part in the team event, but said she would still receive a medal if the heavily favoured US ended up on the podium.

Biles had been leading the United States' defence of their women's gymnastics team title, and is looking to add to her haul of four gold medals won at the 2016 Rio Olympics.

Her bid did not get off to a great start, with a disappointing score of 13.766 on the vault in the first rotation. All three Russians who vaulted scored higher, as did her US teammates.

Biles then dropped out amid scenes of confusion.

Winning the six golds on offer in Japan would lift Biles to 10 – one more than Russian gymnast Larisa Latynina’s women’s record of nine gold medals won over three Olympic Games: Melbourne 1956, Rome 1960 and Tokyo 1964, and confirm her status as the greatest gymnast of all time.

It would also mark the largest number of gold medals won by any woman in any Olympic sport.

The US has dominated the team event in recent major championships but there have been warning signs flashing in Tokyo.

Led by Biles, the reigning world and Olympic all-around champion, the US had been expected to saunter away with the team title for a third successive Games, but an uninspired display in Sunday's qualifying that saw the resurgent Russians shine has sparked rumblings that the American reign is in danger.

Russia, competing at the Tokyo Games as representatives of the Russian Olympic Committee (ROC) because the country was stripped of its flag and anthem for doping offences, have not won the women's team title since competing as the United Team at 1992 Barcelona Olympics.