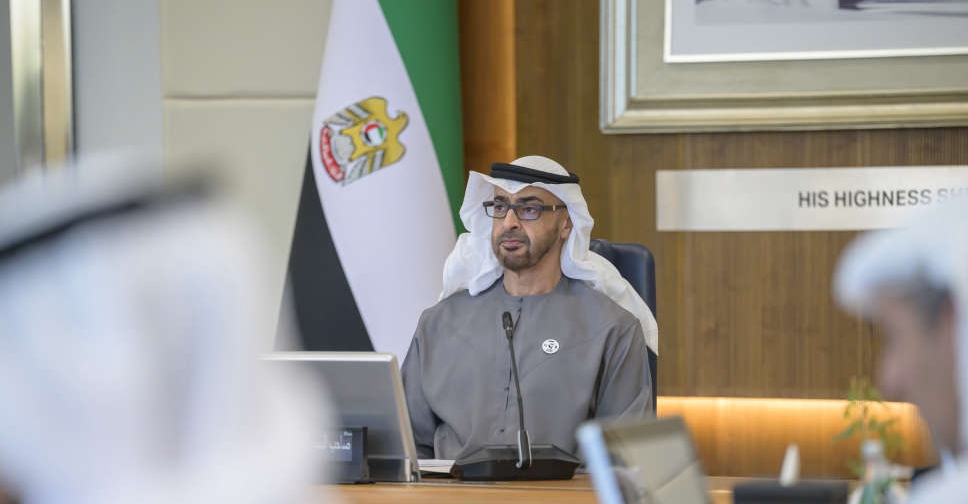 UAE President His Highness Sheikh Mohamed bin Zayed Al Nahyan, today presided over the annual meeting of the Abu Dhabi National Oil Company (ADNOC) Board of Directors, in his capacity as its Chairman.

The board endorsed plans to bring forward ADNOC’s 5 million barrels per day (mmbopd) oil production capacity expansion to 2027, from the previous target of 2030, as part of the accelerated growth strategy.

The accelerated production capacity target is underpinned by the UAE’s robust hydrocarbon reserves, which have increased by 2 billion stock tank barrels (STB) of oil and 1 trillion standard cubic feet (TSCF) of natural gas this year.

These additional reserves increase the UAE’s reserves base to 113 billion STB of oil and 290 TSCF of natural gas, reinforcing the country’s position in global rankings as the custodian of the sixth-largest oil reserves and the seventh-largest gas reserves.

The board also approved the creation of ADNOC Gas, a gas processing and marketing entity to be effective from January.

The company will combine the operations, maintenance and marketing of ADNOC Gas Processing and ADNOC LNG into one consolidated entity.

ADNOC said it plans to float a minority stake in the new company on the Abu Dhabi Securities Exchange (ADX) in 2023.

During the meeting, which was held at ADNOC Headquarters, a five-year business plan and capital expenditure of AED 550 billion ($150 billion) for the period 2023-2027 was approved by the board to enable the company's growth strategy.

Mohamed bin Zayed has chaired ADNOC’s Board of Directors meeting, which was held at ADNOC’s headquarters. During the meeting, His Highness approved ADNOC’s five-year (2023-2027) business strategy and capital expenditure of AED550bn. pic.twitter.com/PyLd2Wp785

His Highness noted ADNOC’s comprehensive approach to sustainability is testamanent to the UAE’s commitment to remaining a responsible global energy provider and to enabling a more sustainable future.

He also praised ADNOC’s efforts to drive industrial growth through its In-Country Value (ICV) programme and its support for the ‘Make it in the Emirates’ initiative.

This year, ADNOC’s ICV programme has driven over AED35 billion ($9.54 billion) back into the nation’s economy and enabled 2,000 UAE Nationals to be employed in ADNOC’s supply chain.

These achievements bring the total value driven back into the economy to AED140 billion ($38 billion) since the programme was launched in 2018.

In addition, a total of 5,000 UAE Nationals have been employed in ADNOC’s supply chain through the programme since it was launched.

ADNOC is also supporting the ‘Make it in the Emirates’ initiative and has signed agreements for local manufacturing opportunities worth over AED25 billion ($6.8 billion) with UAE and international companies this year, as it delivers on its target to locally manufacture over 100 products in its procurement pipeline worth AED70 billion ($19 billion) by 2030.

His Highness commended ADNOC’s achievements in enhancing the productivity of employees and increasing the rate of UAE National employment by 15 percentage points over the past five years.

He expressed his appreciation for the hard work of employees and stressed that people are the nation’s greatest assest and the UAE Leadership will continue to prioritize human capital development.

His Highness also underscored the importance of continuing to improve performance, efficiency and agility and directed ADNOC to strengthen its efforts in this regard.

Sheikh Mohamed met with a group of young ADNOC employees and was briefed on the company’s transformation journey, which is enabled by its Accelerate 100X programme aimed at capitalizing on the evolving energy landscape, future-proofing the company during the energy transition and maximizing value for the UAE.