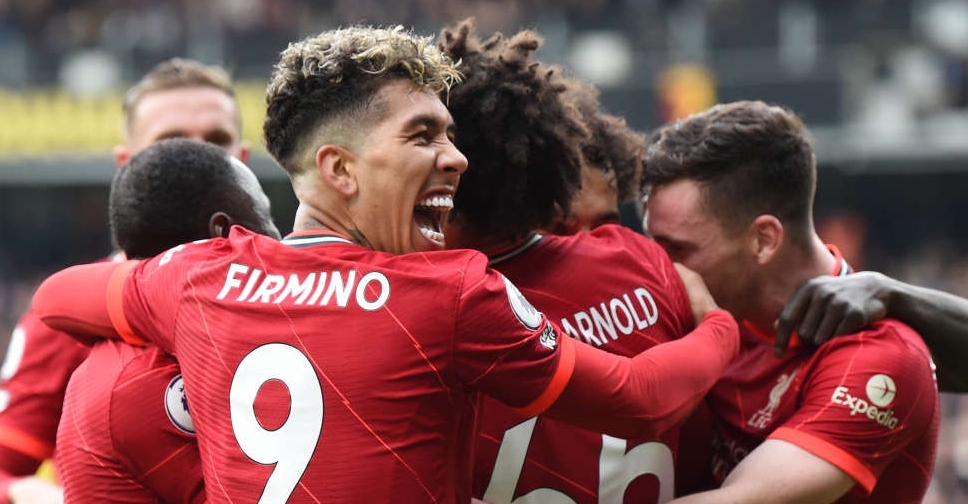 Mohamed Salah set up Sadio Mane's 100th Premier League goal and scored a brilliant goal of his own, as Liverpool reclaimed the top spot with a 5-0 win over Watford.

Firmino may have walked away with the match ball, but it was Salah that took the breath away in an individual attacking display full of the kind of vision, skill and guile that the watching Watford fans could only dream of from their side.

In the ninth minute, the visitors took the lead when Liverpool won a Watford kick-out, and Mohamed Salah played a sublime pass to Mane with the outside of his left boot for the Senegalese striker to notch his Premier League century.

Mane then picked out James Milner on an overlapping run, and he drove a perfect ball across the goal for Firmino to steer home from close range in the 37th minute to put the Reds 2-0 up at halftime.

Watford defender Craig Cathcart endured a torrid afternoon, sliding to send a back-pass to Ben Foster that the goalkeeper spilled into the path of Firmino, who finished with a simple tap-in to make it 3-0. But the worst was still to come for him as Salah took possession in the box two minutes later.

Trapped in a triangle of Watford defenders, the Egyptian rolled his studs over the ball before bursting past Cathcart and then leaving him sliding in the wrong direction as he cut back and curled the ball home with his left foot for an exquisite solo goal.

"Every time I'm in the box, I'm trying to get the ball for someone to score or trying to score by myself. It's always about the team, I always try to play for the team," a beaming Salah told BT Sport.

"The most important thing is we scored good goals, all of us up front scored," he added.

Ranieri, who took over as Watford boss on Oct. 4 following the sacking of Xisco Munoz, was left in no doubt about the size of the task he faced as Watford came up woefully short, and Firmino added his third in second-half stoppage time.

The win lifts Liverpool back to the Premier League summit with 18 points, two ahead of Chelsea, who can retake the lead if they beat Brentford in Saturday's late game, while Watford is 15th with seven points.